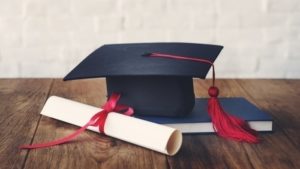 One of the great pleasures of teaching at a top global university like the University of Sydney is the opportunity to teach students from all around the world. More than one-third of Sydney’s students hail from overseas, and that doesn’t even include Kiwis. We’re a veritable United Nations of education. As an American expat myself, I feel right at home.

It is often said that international education enriches both the visitors and the hosts — and at its best, it does. But intercultural exchange requires real communication, and unfortunately many of our international students don’t speak English well enough to make Australian friends. At the University of Sydney, most of those alienated international students come from China.

It’s not their fault. They’ve put in the hours and jumped through all the hoops. But when it comes to mastering a language, study only gets you so far. To really learn a language, you have to live it. When nearly a quarter of your fellow students come from the same country as you do, it’s tempting just to fall back on your home language instead.

Roughly 24 per cent of all students at the University of Sydney come from China. The figures are nearly as high at UNSW (23 per cent) and UTS (17 per cent). There are more Chinese students at these three inner-Sydney universities than in all 33 public universities in the US state of California. This extraordinary concentration makes it all too easy for Chinese students to live in a Chinese bubble.

Every semester I have Chinese students in my classes who struggle to have even basic conversations with me about their homework. Forget about class discussion. And I teach in the social sciences, which attract a culturally curious student body. I hear stories of business students who complete entire semester-long team projects in Chinese, then let the best English speaker in the group write up the results.

Australian universities are simply admitting too many Chinese students, and too many of them can’t comfortably express themselves in English. Minimum language requirements for direct admission are generally adequate, but many Chinese students enter with lower scores through back-door university “foundation” programs. Exactly how many is a mystery, because these privately operated preparatory programs do not report student numbers.

International students who come in with good language skills and immediately immerse themselves in local social life are likely to be ready for success by the time they get down to serious academic work in their second and third years. Chinese students who spend their first year living in Sydney’s China bubble never get better. Some have even told me that their English language skills deteriorated at university.

With so many students struggling with the language, academic standards inevitably suffer. I can teach simple factual material to students with limited English, but I can’t engage them in sophisticated team projects. In my quantitative methods class, I can teach them statistical techniques, but I can’t teach them when and how to use them. Worst of all, I can’t teach them how to write meaningful term papers, because I don’t have the time or the training to teach them how to write English in the first place.

For example, most Australians know that in China, family names come first and personal names second: Xi Jinping is President Xi, not President Jinping. Yet I have taught Chinese students in their second or third year at the University of Sydney who still can’t alphabetise Western authors by family name in a reference list. Some can’t even distinguish between the name of a journal and the title of an article in that journal. It really is that bad.

Unfortunately, all of this is anecdotal. Every colleague I talk to has the same stories to tell, but we don’t have any data to offer. Universities could easily collect the data, but they refuse to admit that they have a problem. Instead, they hide behind the pro forma stance that any student who passes the minimum English requirements for admission is ready to study in English.

Well, my Chinese students speak and write pro forma English. That’s not good enough. We owe it to them to help them improve their English language skills, and that means admitting fewer Chinese students, then giving them more support when they arrive. Anyone who spends four years and six figures on an Australian university degree should at least graduate fluent in English. It’s our responsibility to make sure that they do.