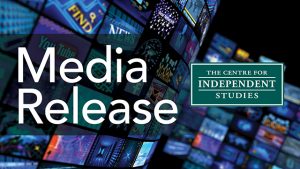 This year, April 17 marks the auspicious date when Australians finish paying their taxes to governments and begin working for themselves.

Tax Freedom Day represents the point at which Australians have worked enough to pay off their total tax bill for that calendar year.

“Australians are working longer this year to fund expenditure across all levels of government — federal, state and local.”

Ms Joseph says the tax burden on the Australian economy has been creeping upwards in recent years.

“It now stands at 29% of national output, which represents an average tax bill of more than $22,000 for each Australian.”

“Once again, we see the insidious effects of bracket creep stealthily increasing the total tax burden on Australian workers.

“Tax Freedom Day is a timely reminder of the dearth of meaningful tax reform in recent years; and modest income tax cuts for Australian workers are not enough to undo the ongoing effects of bracket creep.

“We also know that governments still rely too much on inefficient sources of taxation — that is, taxes that distort incentives to work, save and invest.”

Projections of tax revenue indicate that Tax Freedom Day will continue to fall on progressively later dates in the coming years, she says.

“Governments must focus on spending responsibly. Only by reining in wasteful or unnecessary spending, can governments alleviate the tax burden on Australians.”

Eugenie Joseph is a Research Fellow at the Centre for Independent Studies.