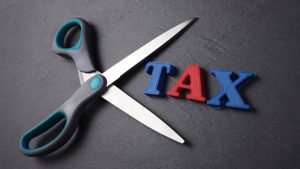 The Australian economy has stalled. According to the most recent national accounts, Australia’s GDP per person has not increased over the past year, and the IMF predicts the stagnation will continue in the short term.

This gloomy news has led to the inevitable calls for more monetary and fiscal stimulus. But these are the wrong ideas at the wrong time.

There may be a time and place for stimulus policy. Specifically, if there is a sudden shock that decreases aggregate demand, then stimulus policies can potentially improve the situation by boosting consumption spending. But these macroeconomic tools are blunt instruments designed to create a short-term boost during an emergency — and they do nothing to improve long-term productivity.

During the 1980s and 1990s, the national government (from both sides of politics) understood the link between microeconomic reform, productivity growth and economic success. The result was nearly three decades of prosperity and productivity growth. In recent years, both sides have seemingly forgotten the lessons of the past and shied away from the difficult task of improving economic incentives. The lack of microeconomic reform helps to explain our current productivity problem.

There is one notable exception. Over the past two years, the government has passed two rounds of income tax cuts that had the potential to boost productivity. Unfortunately, those tax cuts were poorly designed, and so the economic benefits won’t start until 2022 at the earliest.

The government’s tax policy is a story in two parts. The short-term changes started this year and were achieved through the Low-Middle Income Tax Offset (LMITO). The long-term changes include structural changes to income tax rates and brackets, and they come into effect in 2022/23 and 2024/25. Treasury did not conduct dynamic modelling of these tax changes when they were proposed, making it impossible to draw a proper comparison between the different approaches.

The short-term LMITO policy does nothing to improve economic productivity or output, and will cost the budget about 10 per cent more than previously expected. To be clear, the LMITO policy does give a direct financial benefit to the recipients, and it does provide some fiscal stimulus. But crucially, it does nothing to improve productivity, so it will not help to boost long-run economic growth.

In contrast, the long-term structural tax cuts constitute genuine microeconomic reform that will improve the incentives to work, save, invest, and innovate. Those changes will boost economic output by $36 billion a year and will increase economic efficiency by $13 billion a year, creating the exact sorts of benefits we desperately need now. In further good news, these structural tax cuts are expected to cost the budget 38 per cent less than previously reported, making them both more economically beneficial and more affordable.

This information was not available to the government when it made its tax policy. For reasons known only to itself, Treasury refuses to do proper tax modelling that includes behavioural responses. Its estimates rely on the absurd assumption that people do not respond to incentives, and therefore there is no link between tax policy and productivity. This is not a genuine disagreement among economists; they are simply wrong.

Now that the government has access to proper modelling, it should take the opportunity to introduce a third round of its tax reform agenda. The obvious next step would be to scrap the inefficient LMITO policy, and instead bring forward the long-term structural tax reforms to start next year.

This proposal makes sense on its own merits as good tax policy, but when put in the context of sluggish economic growth and the need for productivity improvements, the argument becomes even stronger. Macroeconomic stimulus cannot improve productivity and microeconomic reform is much needed.

The proposed structural tax reform represents perhaps the best example of microeconomic reform since the heyday of the Hawke and Howard reform era. The reforms from the last generation helped boost productivity and economic growth, but that momentum has slowed.

We need to rediscover our lost productivity agenda; and right now, bringing forward the structural tax cuts is the best start.

John Humphreys is a research associate at the Centre for Independent Studies.