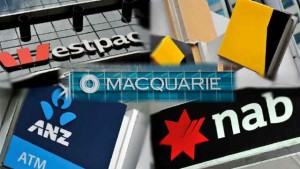 We tell our kids not to play with fire; perhaps we should be warning our politicians too. They are far too keen on stoking fires that could turn into infernos. The latest example is the big bank levy, which will inflame financial risks by encouraging the use of more risky debt, discouraging the use of more stable forms of debt, and promoting excessive risk taking.

This will make the worst form of financial inferno — another GFC — more likely.

This is the wrong way around. If there is to be a charge for the valuable service of a government guarantee, it should apply only to the guaranteed bank borrowings and omit unguaranteed borrowings.

The flawed design of the levy will create perverse incentives and fan the financial flames. Banks will be encouraged to increase the use of guaranteed deposits, transferring more risk to taxpayers, and be discouraged from using unguaranteed bonds that have lower taxpayer risk.

As well, the levy will discourage the use of long-dated wholesale bonds, therefore reducing the stability of bank funding.

There are other ways it increases the chance of a financial firestorm. The levy isn’t connected with profit, so is payable even if the bank makes a loss. Therefore the impost may increase the volatility of bank profits and earnings. If the tax is paid out of retained profit, it will reduce the banks’ buffer to guard against losses.

And the levy will encourage customers to move to smaller banks; which are inherently more risky than the larger banks as they are less diversified and more regionally exposed.

Conversely, it’s possible that the levy may indirectly confirm the ‘big five’ are Too Big To Fail (TBTF) and this might reduce bank risks — but with an outcome that reduces the stability of the whole financial system.

If a bank is considered TBTF, the government would likely step in to bail out all loans to the bank; even the borrowings that are supposedly unguaranteed, such as wholesale bonds.

If bank bonds move from the unguaranteed column to the guaranteed column, the riskiness of the bonds will fall and banks will have to pay lower interest on these bonds — even with the imposition of the levy. But if the levy indirectly causes a reduction in bank risk, this is an argument against it, not for it.

Any confirmation that the ‘big five’ are TBTF reduces the stability of the financial system as a whole. A guaranteed bailout of all their borrowings encourages them to take on more risks, increasing moral hazard and systemic risk of a financial conflagration.

The banks may win in the short term, but everyone loses in the longer term — because the likelihood of another financial firestorm has increased.

Excessive government guarantees, such as for Freddie Mac and Fannie Mae in the US, were important contributors to the GFC and we would be foolish to go down that path. The scope of bank guarantees should be reduced, not increased.

The levy has increased another risk: sovereign risk, which has increased because government launched a surprise attack on a particular business sector with no warning. The levy expropriates existing investment in the banks (just look at the recent share price falls it sparked).

This is the same criticism the Coalition made about the first version of Kevin Rudd’s mining tax, which compulsorily acquired investments in mining with no compensation. And now the Coalition is doing exactly what they rightly criticised the ALP for doing.

Admittedly, the levy will reduce risks of a local financial blaze by encouraging Australians to use foreign banks, which escape the levy. The reduced use of Australian banks will also reduce the risks of our local financial system. But this hardly seems like a worthwhile goal: using taxes to drive business offshore.

It could be argued the levy reduces Australia’s riskiness by bolstering the government’s budget. This makes it more likely Australia will maintain its current AAA credit rating. However, it is illogical to use a bank levy that increases financial risk in order to reduce financial risk.

There are many other issues with the levy, including: it running contrary to efforts by the banking regulators to increase bank capital buffers; the undue haste of the policy; the base appeal of the levy to populism; the lack of due process (where was the consultation paper on options?); and the lack of valid comparisons to international experience.

And there is broad debate about who will pay the levy. The evidence from other countries suggests it will be customers rather than shareholders in the longer term.

This appears likely to occur in Australia: if shareholders permanently bear any of the cost, they will be accepting a return on equity that is forever lower — and why would any investor do that? Despite what the Treasurer thinks, banks won’t just ‘wear’ the tax.

But the risk of a broad financial meltdown should be capturing our closest attention: will the levy be responsible for making it more likely that Australia has another financial crisis — but this time a crisis of our own creation?

Michael Potter is a research fellow in the Economics Program at the Centre for Independent Studies.
Read more at https://www.businessinsider.com.au/comment-the-bank-levy-design-means-australian-taxpayers-will-carry-even-more-risk-for-the-banks-2017-5#iybywOEK98Fd1U0T.99