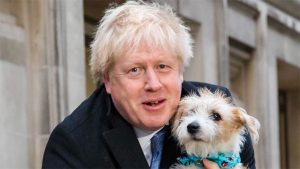 There is always a danger in exaggerating the significance of a particular election. However, the British general election does feel like a watershed.

The British people have been saved from a terrifying lurch towards socialism, which would have dragged Britain back beyond where it came from four decades ago. Voters heard the echoes of old-style union militancy and class warfare and recognised that they could do without another “winter of discontent”.

The emphatic Conservative victory also spares Britain from the widely feared scenario of a hung Parliament and the political turmoil that would have produced. It means the British Prime Minister will be able to pass the European Union withdrawal agreement through parliament and fulfil his promise to get Brexit done by the end of January.

Moreover, the result marks a realignment of British politics. Just as Donald Trump has tapped into widespread anxieties of America’s working-class folks, Boris Johnson has resonated with many traditional Labour electorates that have not voted Conservative in a century. The party of Churchill and Thatcher is now more blue-collar, more northern and less metropolitan.

All this reflects a political trend that Tony Abbott identified in his concession speech last May. In “working seats”, he declared, conservatives “are doing so much better” whereas in “‘wealthy seats we are doing it tough”.

The move of lower-income working-class areas to the right has not been limited to the Midlands and northern England where British Labour’s so-called red wall came crumbling down. It has been evident in America’s old “rust belt” states of Wisconsin, Michigan, Ohio and Pennsylvania; and in May it was on full display in Queensland, Tasmania and western Sydney.

The nations and their circumstances are different, but the theme is strikingly similar: a working-class backlash against illegal immigration, globalisation, costly climate policies and identity politics, which in Britain manifested itself in the form of the Brexit vote in 2016.

The analogies don’t end there. Just as America’s media elites despise “The Donald” so does Britain’s Fourth Estate loath “Bojo”. Johnson, in power for just four months, has been widely slammed for fighting a cowardly and mendacious campaign. And it’s true that Boris, like Trump, had given interviews only to soft interrogators. Many of his statements had been routinely fact-checked and found to be dishonest; his colleagues, parroting them, had been ridiculed by interviewers and by the sophisticates.

And yet Johnson, again like Trump and indeed Scott Morrison, proves the adage that low expectations are a priceless political asset. In 2017 when Theresa May unnecessarily called a snap-election, the Conservatives had been forced into minority government and May signed her political death warrant. This time, the Tories will win a huge majority in the 650-seat parliament while Labour is likely to endure its worst result since the 1930s.

In giving Conservatives a big majority, the British people have objected to the elites’ contempt for the democratic process. Since the successful referendum in 2016, Remainers from left to right have used Westminster to thwart the conservative government’s divorce deals with Brussels.

A hung parliament would have almost certainly retarded Brexit, and put Britain back in the same minor civil war that has been raging for the last three and a half years. Whatever the crises that Brexit inflicts upon them, the British people have made it clear: the 2016 referendum should be respected. By making Brexit his main campaign issue, Boris resonated with Labour’s blue-collar base.

Brexit has broken families and friendships as well divided people in both Labour and Conservative parties. But the fracturing is more evident on the former.

Although Labour leader Jeremy Corbyn has vacillated over Brexit, he is a socialist true believer: his interventionist, wealth-hating, big government plans would have run the British economy into the ground while his indulgence of anti-Semitism and support for Hamas and Hezbollah would have sowed deep division across society and irreparably damaged Britain’s place in the world.

As a result of Labour’s disaster, bitter recriminations are now under way and socialism is once again yesterday’s news.

Apart from ensuring Brexit, the Prime Minister’s broader challenge now is to build on reform to widen economic prosperity and recapture the imagination of an electorate that clearly understands parties of the traditional left are not the answer. Johnson has been given the kind of mandate that few politicians are fortunate enough to receive. The voters expect him to use it.