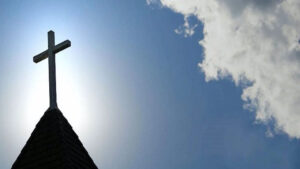 The debate over the government’s Religious Discrimination Bill drags on. And on. And on. Those who bet the Bill would never pass now brim with confidence. Meanwhile, supporters of the Bill are doubling down on efforts to get it enacted.

The saga is dragging out because neither side trusts that the other’s comments on the Bill are made in good faith. Progressives see the Bill as a rood screen for religious bigotry; conservatives think progressives want to muzzle all religious expression.

Both sides are convinced that any small concession to their opponents is tantamount to a wholesale admission of defeat. Ideological purity is demanded at the expense of political pragmatism.

This is an extreme form of zero-sum thinking that misleads the public and distracts from the deeper problem with the religious freedom debate: it casts religious life and belief as merely the continuation of ideology by other means.

The result is that positions are staked out, sides are taken, disagreements become ‘attacks’, various groups claim ‘victim’ status, and so on.

This ideological chest-beating obscures the fact that most people are not driven by ideology or fanaticism. Expressions of faith regarding same-sex marriage or abortion might appear hateful or bigoted to progressives, but these statements are often motived by genuine compassion or even love. Conservative Christians aren’t champing at the bit to be “nasty to gays”. Likewise, atheist employers aren’t lining up to purge their Muslim employees.

One of the functions of law is to tame public excess. Collisions between the sacred and the secular are often heated because they concern our deepest sense of what is good and true.

The pursuit of legal protections for religion reminds us that controversial statements can be made in good faith and that those making them are not necessarily offensive, bigoted, or hateful. The Bill cautions us against assuming the worst in others — good counsel in an age dominated by polarising political commentary in which the loudest voices tend to prevail over the wisest.

The Bill also addresses the fact that authentic expressions of religious life are not sufficiently protected under Australian law.

It adds to an existing body of discrimination law by making religious belief a protected category like sex, race, or disability. This is prudent because it protects religious belief without establishing an exclusive right to religious freedom.

Some conservatives are disappointed about this, but the government was wise to avoid the trap of rights-creep. Legislating a right to religious freedom would inevitably lead to the legislation of other rights — the Bill would become the harbinger of a far more problematic human rights act. In this sense, the legislation of a right to religious freedom would represent a Pyrrhic victory for conservatives.

Progressives who see religious belief as a source of bigotry think the Bill will encourage the public expression of views they deplore. They think these views prevent minorities from ‘embracing their authentic selves’. But it seems some authenticities are more acceptable than others. Sexual authenticity is worthy of protection, for example, but religious authenticity is not.

The Bill does not make religious belief more or less important than the other protected categories. It recognises that authentic beliefs will inevitably clash, and provides a principled way to adjudicate those disputes. It encourages civil discourse, not vilification.

It allows religious institutions to maintain their moral and spiritual integrity by allowing them to act in accordance with their most fundamental principles. It doesn’t require that anyone join those institutions or accept those principles. It is a shield against discrimination, not a sword for bigots.

Of course, we must accept that in a liberal democracy such as ours, Australians will never agree on every detail of the Bill. Law, like faith, is always a contested feature of political life.

The Religious Discrimination Bill will never be perfect. Our system of parliamentary democracy recognises this, which is why it allows for legislative amendment and judicial review.

If passed, the Bill will no doubt be tested in the courts; and if serious problems arise, the government can then revisit it.

Faith is mysterious — it is a bridge between the material and the metaphysical. It is easily misunderstood because it often confounds our categories of understanding.

Politics, on the other hand, is not mysterious — it is a series of compromises between people who recognise they will never agree on every public issue.

Both sides of this debate have forgotten that the perfect piece of legislation is the unicorn of politics, and they should stop searching for it. The Bill should pass in its current form.