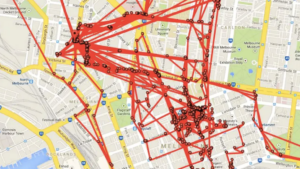 The federal government’s plan to use a voluntary tracking app to monitor our movements – in an attempt to stem the spread of coronavirus – is an unacceptable invasion of privacy.

If the government needs more than double the current users of the Singaporean app – a nation which many have lauded during this crisis for their people’s ability to keep calm and follow orders – why would they expect we so-called disobedient Australians to happily upload our entire lives?

Furthermore, if the app is useless unless 40 per cent of the population are on board, might the government consider making the app mandatory?

Chief Medical Officer Brendan Murphy has already said they are “very keen to use it and use it perhaps even more extensively than Singapore.” The vagueness of this statement should concern us all.

An ABC report on the app said: “The challenge facing the Government will be encouraging enough Australians to sign up.”

But that is not the main concern. The real challenge will be ensuring this information is not misused – a seemingly futile task especially given governments’ history with handling citizens’ information.

When Canberra introduced metadata laws a few years ago, we were told they would only be used to find terrorists. But greedy councils were soon demanding access so they could catch litterbugs.

Facial recognition tool Clearview AI was allegedly misused by members of Australian police departments. This information is only known because Clearview’s data was breached. A breach of the government’s proposed tracking app is absolutely possible — cyber-attacks have already increased during this crisis.

Once we upload our data, we have relinquished control of it, and have no say over how it is used or misused.

Using personal data to track COVID-19 cases has already led to public shaming. A South Korean coronavirus patient detailed the fear and shame she felt after her neighbours discovered her identity, and people started demanding more and more information about her be released – some patients have also been targeted by online abuse.

Even though the South Korean government makes public a certain amount of information – like work and home addresses of infected patients  – this example shows how once sensitive data is obtained, you cannot control how it is used. The South Korean government probably did not anticipate a public health intervention would be used to harass the sick.

Even if Canberra’s proposed app collects de-identified case information, they could not guarantee more personal information such as names and addresses could not be found.

So far, our governments have proved they are willing to flatten our civil liberties along with the curve.

We must only leave the house now if we meet one of a pre-approved list of valid reasons.

Over the Easter long weekend, New South Wales residents copped more than $300,000 worth of fines for non-compliance with the new public health measures. Everything from sitting on a park bench to drinking a coffee alone in your car is now banned.

Australians have already given up our social lives, small businesses, travel, family barbecues and footy, in the name of public health. Are we going to give up information about our every movement, who we meet and for how long?

Minimising the suffering and death from coronavirus is a goal we all share. But we must ensure our approach is balanced and measured.

Some remedies have terrible side effects. A side effect of eradicating coronavirus could be the death of all our liberties.