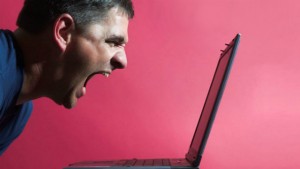 I am no respecter of persons, particularly politicians, but even politicians are human — more or less — and are therefore deserving of some kind of elementary courtesy.
When, shortly after my arrival in Australia to spend April at CIS, I read a Guardian article reporting the Treasurer’s remarks on state taxation, I read with mild dismay, but not surprise, the readers’ on-line responses; for example the following:

… thanks Scott you f***ing two faced jumped up lying mendacious piece of crap. (asterisk insertion mine)

Since the Guardian sometimes excludes contributions as not being in accordance with its ‘community standards,’ one is forced to wonder what those standards actually are. Are contributions excluded for being too polite or too well-reasoned? The community standards do seem to include the use of the language cited above, for the following comment approved of what had been said:

Pretty well spot on with that lot.

However, for a moment he managed a short burst of lucidity, writing:

Certainly, his difficulty is not beyond the bounds of possibility. But if Australia is anything like my native England, the state spends $150,000 per head on a pupil’s education, and still 20 per cent of pupils can’t read properly when they leave school. This is a miracle that makes the parting of the Red Sea seem like an everyday event.

Theodore Dalrymple is the Centre for Independent Studies 2016 Scholar-in-Residence, and will deliver a lecture on why ‘Society is Broken’ at the Sydney Opera House on April 18, and visiting lectures in Brisbane and Melbourne during April. Find more information at our Events page.