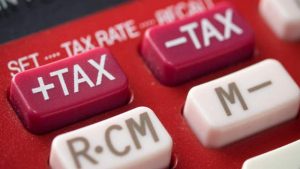 Their static tax model – which assumes people don’t change their behaviour at all in response to cuts – has led to the government’s structural reforms being estimated to cost $90 billion more than they actually will, and to be scheduled much later than they should be.

In reality, people respond to different tax rates in a number of ways. They may decrease their amount of saving and/or investment, shy away from new ventures, change how much they work, pursue tax minimisation schemes – or even be tempted into tax evasion.

The benefits of these changes are significant, with GDP expected to increase by $36 billion a year and economic efficiency to improve by $13 billion a year, flowing on to higher wages and more jobs – and these benefits are over and above the direct financial benefits received by taxpayers

Clearly, the government should bring forward those changes from 2022 and 2024 to start next year, and can do so without threatening the budget surplus.

Three options for bringing the tax reform forward are outlined in Jumpstart Productivity, alongside the Treasury’s own budget surplus estimate.

Structural tax cuts would replace the LMITO, which does nothing to improve economic efficiency, and will cost the budget about 10 per cent more than expected.

It’s unfortunate that consideration of economic efficiency and productivity is almost entirely absent from the discussion of tax reform in Australia, where the debate is often simply framed as a contest between tax cutters and big spenders.

The tax cutters will argue that workers should be able to keep more of their own income, and that tax cuts provide important stimulus.

Their opponents insist that we need more government spending instead of tax cuts, and that spending also provides important stimulus.

The mistake both sides make is framing their arguments through the prism of stimulus. Indeed, fiscal stimulus is mostly irrelevant for a small open economy such as Australia.

The real reason for cutting taxes is that it improves the incentive to work, save, invest, and innovate – and therefore helps to boost productivity.

The government’s two-stage income tax agenda – the short-term LMITO; and the long-term structural changes scheduled to start in 2022 and 2024 – is a perfect example.

These two different stages represent fundamentally different types of tax policy, and they have very different impacts on productivity, but this point is all but missing from the public debate.

Both types of tax cuts give a direct financial benefit to taxpayers, but only the structural tax cuts will boost productivity and economic growth.

Not only would it be good tax policy to bring the structural cuts forward, but it also represents much needed microeconomic reform in order to boost productivity and economic growth.

Australia deserves a tax debate that is focused on productivity and informed by dynamic tax modelling – such as is used by the UK Treasury – to ensure we are on the right economic path.

Dr John Humphreys is a research associate at the Centre for Independent Studies, and author of the paper Jumpstart Productivity: New modelling pinpoints better tax cut program, released this week.