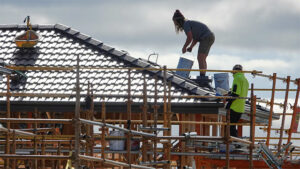 State and federal governments give billions of dollars to first-home buyers, ostensibly to improve affordability. But like other demand-side subsidies, these do not reduce overall housing costs. They improve housing access for the favoured recipients but bid up prices, making it more expensive for everyone else.

Unless something is done to boost supply, these subsidies just reshuffle a fixed housing stock.

Many submissions to the federal housing inquiry now underway argue for removal of tax concessions like negative gearing and the capital gains discount. This is a non-issue. Apart from being politically dead, it just doesn’t make much difference to affordability.

Research estimates the effect of these concessions on housing prices is tiny – about 1 to 4 per cent.

The main cause of high prices is land use restrictions — often called planning or zoning — as has been found in a string of official reports. The most recent of these reports were the NSW Productivity Commission’s White Paper and the surveys of the Australian economy by the OECD and IMF. The reason official reports keep saying that the problem is planning is because this is what the research clearly shows, both in Australia and overseas.

Planning restrictions boost prices by limiting the amount of housing that can be supplied. Apartments and townhouses are prohibited on most of our urban land, which is reserved for detached houses. Where apartments are permitted, height restrictions limit the number of dwellings they can provide. Like any other restriction on supply — for example taxi licences or import quotas — this pushes up the price.

However, land use restrictions are primarily a state and local government responsibility. What can the federal government do?

A new idea gaining wide support is that Canberra should provide incentive payments to state and local governments that reform their planning systems and build more housing.

This policy is recommended in both the OECD and IMF reports. It is supported in submissions to the Falinski inquiry from the Urban Development Institute of Australia (UDIA), the Urban Taskforce, Master Builders, NSW Productivity Commission, Grattan Institute and Centre for Independent Studies (my outfit).

Providing more money to areas that build more housing would rectify a spillover, or what economists call an “externality”.

Many of the perceived costs of high-density construction — crowding, noise, congestion and so forth — are borne locally. So understandably, the neighbours object. However, the benefits, in terms of lower housing costs and economic growth, are dispersed throughout society. One state or council might decide to build a lot of housing, however inward migration means that lower housing costs and other benefits accrue elsewhere.

The result is that it is not in the interests of a local or state government to build enough housing. Incentive payments align local decision-making with the national interest.

Payments could take the form of assistance with infrastructure. The UDIA estimates that shortages of infrastructure (mainly water, sewerage and roads) are holding up the supply of 70,000 homes in the western suburbs of Sydney.

It is fair that the federal government take greater responsibility for capital projects like this — the need for them is driven by high immigration, a federal decision.

Federal provision of these services would do much to overcome local resistance and expedite housing supply. And as supply grows, housing will become more affordable.