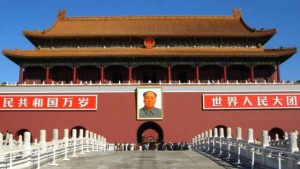 Other publishers ­– such as Springer Nature and Cambridge University Press — have caved in to Communist Party requests to censor ‘politically sensitive’ material available in China, purging references to Tiananmen Square, the Cultural Revolution, and Taiwan and Tibet.

But Hamilton claims no other Western publisher has regrettably dropped publication of an entire book in its own home market in order to pre-empt the ‘mere possibility’ of Party pressure.

In Allen & Unwin’s case, the prospect of lengthy and costly litigation has led to self-censorship, with our draconian defamation laws potentially offering the Communist Party a legal way to suppress criticism.

Silent Invasion: How China is Turning Australia Into a Puppet State reportedly names names, so fears of litigation are understandable. But the book is clearly in the public interest — if not the national interest — given recent revelations about Party-directed attempts to influence the political process, local media and universities.

The government is now developing new legislation on foreign interference. However, legislation doesn’t get to the heart of the issue.

Xi Jinping’s ‘new era’ of ideological conformity aims to silence and intimidate critical voices inside –and increasingly outside — China. This pressure will only intensify as China’s power grows.

Hamilton’s book looks like becoming a test case for Western resolve. The commercial considerations of publishers notwithstanding, if we don’t defend liberal values like freedom of speech, the Party will effectively try to impose its values on us.

Free and open societies will always be vulnerable to external influence from authoritarian regimes. As a recent article in the American Interest notes, “confronted by Chinese and Russian influence efforts, Australia and the United States are re-learning the lesson that open societies demand vigilance and require defenders.”

In other words, it’s time to stiffen our spines.