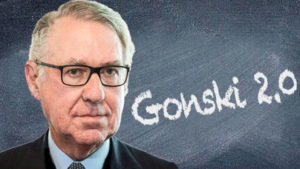 The sequel is generally worse than the original movie. The same could be said of the ‘Gonski 2’ review into Australian schools.

Despite a one-year process, hundreds of submissions, and a cost to the taxpayer of at least $700,000 (not including the eight-person government secretariat), the review came up with wide-sweeping, general recommendations that don’t offer useful guidance for the school system.

As we outline in a policy paper released this week, the review also failed to fulfill its terms of reference to examine the evidence regarding the most effective teaching and learning strategies, and to provide advice on how the extra $24.5 billion of taxpayer money for schools over the next 10 years should be used. There is practically no discussion of the cost-effectiveness of the recommendations.

And the review’s most significant recommendations face substantial implementation challenges and aren’t supported by rigorous evidence.

A key focus of the review is growth in learning — recommending a new online continuous assessment tool — as opposed to an age-based or year-based curriculum. This seems impractical, and many teachers have expressed concerns about the teacher time involved in frequent individual student assessment.

In addition, there is no evidence that such an assessment tool would have a positive impact on student achievement. The idea of creating ‘learning progressions’ for the entire curriculum has no support in academic literature. And there is no evidence supporting the implementation of such a broad-ranging assessment tool — the report offers no examples to show that such an expensive and time-intensive reform would be effective. If implemented nationally, it would be a lengthy and costly experiment, with Australian teachers and students as the guinea pigs.

If this recommendation is to be adopted, it should proceed only after a careful trial of the online assessment system in a sample of schools, to determine the efficacy of the approach and lessons for implementation.

Almost as problematic is the report’s recommendation to establish a national education evidence institute (which now has bi-partisan support at the federal level). In theory, a new body like this has merit. But there are obvious risks — like becoming politicised and being too focussed on pleasing stakeholders — that aren’t adequately addressed by the review.

If such a body is to be established, then it should have high standards of evidence and commission outside experts to conduct evidence reviews on important topics in their fields, similar to medical research institutes.

The Gonski 2 recommendations should be approached with great caution. They are potentially expensive and disruptive to the work of teachers and the lives of students, and have little or no evidence basis — a recipe for educational disaster.