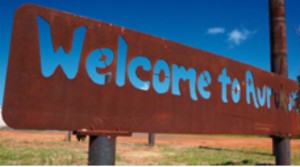 Once again, Aurukun is in the news for all the wrong reasons. Last week schools were shut down and teachers evacuated due to safety concerns, and this week there are reports police are turning a blind eye to fighting in the street.

So what is happening there?

The situation in Aurukun is symptomatic of the broader social malaise affecting many remote Indigenous communities. It is what happens in the absence of a real economy and appropriate social controls. Welfare payments are spent on alcohol, and heavy drinking becomes endemic.  Such circumstances are not unique to Australia — many First Nation communities in Canada also suffer similar fates.

Back in the 1970s, Aurukun was described as a ‘liveable and vibrant community,’ but following the introduction of an alcohol canteen in 1985, levels of violence, abuse and neglect in the community skyrocketed. By the time the canteen was closed down and alcohol management plans were

introduced in the early 2000s, the town’s homicide rate was estimated to be 120 times the state average.

What is not so well known is that many residents (particularly the women) of Aurukun vehemently opposed the introduction of the alcohol canteen — fearing the damage it would bring to their community. The downward spiral of Aurukun was exposed in an excellent episode of the ABC Four Corners show in 2011, which re-aired previous episodes from 1978 and 1991.

Australia has a long history of treating Aboriginal people differently. First they were subjected to discriminatory laws that prevented them from living where they chose, drinking legally, voting, and being paid a fair wage. When these inequitable laws were finally abolished, they were replaced by equally damaging affirmative action and ‘culturally appropriate’ separatist policies. This has resulted in the police in Aurukun applying different standards and excusing behaviour that they would not tolerate in any other suburban street.

Police say they have to “let fist fights play out on the streets of Aurukun to prevent more widespread violence taking place” but I bet they wouldn’t let that happen in Kings Cross.

It is time to stop ignoring Indigenous violence in the hope it will go away. The people of Aurukun deserve to be treated better than just fodder for news stories.