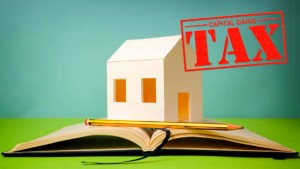 Reducing the 50% capital gains tax discount is one of a welter of tax ideas to receive attention in the week since Treasurer Scott Morrison flagged tax increases as an alternative if the Senate fails to pass the government’s expenditure cuts.

It’s not a new idea, as halving the discount (and thereby increasing capital gains tax by a whopping 50%) has been Labor policy since the 2016 election. But this time the thought bubble — apparently from someone on the Coalition side — was to reduce the discount only for residential investment properties.

This kind of government-knows-best discrimination against a particular type of investment should be avoided. Neutrality is best. Drawing a dividing line between residential investment properties and all other properties would inevitably introduce new complexities and administrative problems. If there is a case for reducing the discount, it should be applied across the board.

But is there a case for cutting the discount? According to the Australian Financial Review last week, the 50% discount is excessive for its ostensible purpose of freeing the inflationary component of capital gain from taxation. No doubt the AFR was reflecting — as well as reinforcing — a common view of the purpose of the discount. However, it is a flawed view. The fact is that inflation is just one of numerous reasons for taxing capital gains more lightly.

Australia had no general capital gains tax until 1985. From then until 1999, we had a capital gains tax that removed the inflationary component by indexing the cost basis of an asset to the CPI. Along came the Ralph Review of Business Taxation in 1999. If the Ralph review thought inflation was the only reason for a discount, it would have left the system alone. But it didn’t think that, and those like the AFR who repeat the mantra about inflation adjustment should go back and read the Ralph report.

John Ralph talked about the importance of low capital gains tax in encouraging saving and investment — particularly long-term and risky investments. He also talked about international competitiveness, noting that most countries either had no capital gains tax at all (such as New Zealand and Singapore, which still don’t) or taxed capital gains much more lightly (such as the US, where the highest rate is still only 20%, and even high-tax Sweden, where it is 30%). Ralph also talked about the powerful lock-in effect of a tax on realised capital gains, which can lead investors to hold on to assets earning a lower rate of return than alternatives, at a cost to economic efficiency. (The lock-in effect, by the way, means that a reduction in the discount would raise nothing like the revenue its advocates claim.)

Every advocate of reducing the discount has also forgotten that when the 50% discount was adopted in 1999, at the same time investors lost the benefit of the averaging provision, which softened the blow of realised gains accumulated over a long period pushing taxpayers into higher tax brackets. The discount is in part compensation for this bunching effect, yet nobody who now advocates reducing the discount talks about bringing back averaging.

The 50% discount is a good way of recognising all the above reasons to tax capital gains more lightly than ordinary income. It is not a rort or a bargain for taxpayers. Capital gains tax gains applies to all forms of assets and should not be driven by concerns about housing affordability in a few cities.