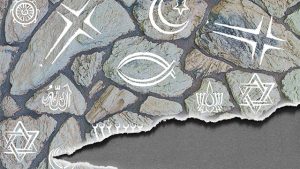 Before COVID-19 overwhelmed Australia’s political life in early 2020, the Morrison government’s Religious Discrimination Bill was making its unsteady way through the parliamentary process in Canberra. Successive versions of the bill were drafted as part of the government’s promise to address issues of religious freedom that arose during the national debate about same-sex marriage in 2018.

Despite assurances from political leaders at the time—most notably, Malcolm Turnbull and Bill Shorten—that nothing was of more importance to them than religious liberty, efforts to legislate protections were continually frustrated. Opponents fretted that expression of religious convictions about human sexuality amounted to “hate speech” that vilified gay people—especially the young—and could drive them to commit suicide. Disagreement about the extent of protections necessary to uphold the right to religious freedom forced the government to send the bill back for review.

Equating the right to religious freedom with a “licence to hate” distorts what is widely considered to be the first human right to be understood as attaching naturally to the individual. As Aaron Rhodes remarks in this important book, religious liberty is a priority for human rights protection:

it shields our capacity to form our basic moral and intellectual orientations, independent of government control; it is the freedom to situate oneself in the moral universe [and] to discover and understand moral distinctions.

Clearly, the right to religious liberty cannot be regarded as an absolute right and must always circumscribed by law: were that not the case, we would be expected to accept such faith-based practices as female genital mutilation or child marriage. To argues, as Rhodes does, for the primacy of the right to religious liberty is to make a claim about its importance rather than about absolute entitlement.

In The Debasement of Human Rights, Rhodes, an international human rights activist and essayist, argues that today the concept of human rights, to say nothing of our understanding of them, is seldom informed by the principles that originally gave meaning to rights. Universal, “natural” rights that attach to individuals, such as the right to freedom of religion, freedom of speech and freedom of association, precede the state and are prior to civil law. But they have been debased by the incursion of newly created economic and social rights, such as the “right to social security” and the “right to an adequate standard of living”.

But economic and social rights are not human rights based on our common human nature attaching to individuals, says Rhodes; they are collective rights, granted by states, requiring implementation by bureaucracies, and reflecting certain political principles and outcomes. Promulgated in the service of political goals, economic and social rights have emptied universal, natural rights of all moral force.

At the heart of this distinction lies the difference between restraint exercised by the state and action undertaken by the state, as Rhodes observes: “true human rights compel governments not to infringe on individual freedom; they do not require positive actions to change society”. Authentic human rights, in other words, “are not a matter of utilitarian calculation about what will or will not work to achieve social and political goals”. Human rights do not establish a particular vision of the good society; they simply secure the opportunity to be good, and to bear the burden of moral accountability.

But if “natural” human rights are derived from natural law, how are they to be identified? John Locke derived his conception of the main natural rights—life, liberty and property—from the tradition of empirical philosophy, devising practical ideas from observations of the world around him. Protection of those principal rights entailed the state refraining from disturbing the individual’s choices, dignity or security. Before Locke, the theological teachings of Jerusalem and the rational philosophy of Athens helped form early ideas about the moral worth and inherent dignity of the individual person. Rhodes gives a helpful account of the development of these ideas in the modern era and emphasises the important role that reason played in recognising and implementing human rights.

Contemporary discussions about human rights invariably appeal to the phrasing adopted in the 1948 Universal Declaration of Human Rights which, as Rhodes notes, is often regarded as an inviolable sacred text. But in his insightful account of the history of the Declaration, Rhodes reveals how it was with this document that the mingling of natural human rights with economic and social rights began in earnest.

Drafted in the early post-war years, during what Rhodes describes as “a phase of ideological rearmament” by the West and the Soviet bloc, the UDHR was “a product of domestic and international politics as much as idealism about human rights”. The result was a compromise to which the Soviet bloc was able to assent: while rejecting the concept of natural rights, inclusion of economic and social rights afforded the illusion that the bloc was, nonetheless, committed to upholding human rights. As Rhodes observes: “The expansive interpretation of human rights was a way to avoid violent conflict with the East, and to support long-term processes of gradual internal change within totalitarian states.”

This commingling of rights was restated in two other significant international instruments both ratified in 1966: the International Covenant on Economic, Social and Cultural Rights (ICESR) and the International Covenant on Civil and Political Rights (ICCPR). Along with the UDHR, the ICESR and the ICCPR came to be regarded as the International Bill of Human Rights. Interestingly, Rhodes notes that the earlier European Convention on Human Rights, which came into effect in 1953, drew upon the natural rights listed in the UDHR but excluded economic and social rights, thereby attracting criticism at the time for being an attack on communism.

The approach to human rights adopted by the UDHR, in which natural rights were mixed in with economic and social rights, continues to inform contemporary thinking about rights. Attempts to separate them, or to demonstrate the hollowness of putative rights such as the “right to development”, the “right to welfare”, or the “right to housing” are resisted with appeals to the so-called doctrine of the “indivisibility of rights”. But Rhodes insists this doctrine is a purely political idea intended to establish that it is unacceptable to think about rights concerned with liberty apart from rights to, say, clean drinking water. The doctrine can justify state interference in the lives of citizens because it “supports the view that violations of human rights can balance or justify each other—that violations of freedom can be offset by the social programs”. Tyrannical governments thereby use the doctrine to mask violations of freedom while posing as defenders of human rights.

Claims about economic and social rights, which now include another category of newly created “sexual rights”, have become the means not of resisting state interference but of seeking entitlements from the state which are then to be guaranteed by law. This widespread weaponisation of rights has enabled various interest groups to secure those entitlements and thereby accomplish a series of legal and political objectives. Weaponisation has also fuelled a culture of grievance.

Rhodes’s valuable analysis of the debasement of human rights helps to explain why rights talk has become increasingly bitter and fractured to the point where it aims at the curtailment rather than the advancement of freedom. Contemporary preoccupation with ending “hate speech” in the name of protecting the “vulnerable”—whether on the campuses of our universities or in the pulpits of our churches—has inhibited the free expression of ideas and the open expression of opinion. Limits to free speech, placing a check on truly hateful speech, are legitimate in liberal democratic societies which are otherwise committed to protecting the right to freedom of expression. But rights talk is used increasingly to expand categories of the unacceptable, to stifle any attempt to challenge those categories, and thereby to erect obstacles to individual liberty.

Don’t expect human rights commissions to come to the rescue, Rhodes warns. They have become “Orwellian enforcers of political correctness”, he says, citing the Australian Human Rights Commission’s pursuit of Bill Leak under Section 18C of the Racial Discrimination Act. Rhodes is also uneasy about attempts to quash expression of anti-Semitic views such as those uttered by Holocaust deniers: “There is no doubt that Holocaust denial is a habit of antisemites, but no one should be denied the right to hold or express any belief, and courts are not the place to establish truth.” Naturally enough, Rhodes wants the same freedom to be extended to those who question scientific claims about climate change but who, like former James Cook University Professor Peter Ridd, face vilification and heavy penalties for daring to express their views.

Is there a future for human rights? Rhodes’s commitment to liberty is undiminished, but he warns us not to expect much from international human rights institutions. He foresees any future framework for protecting and advancing rights as emerging from a loose coalition of states committed to upholding freedom. But this will depend, in turn, on a willingness to think again both about the meaning of human rights and about the meaning of the liberty those rights were intended to defend. “In the debasement of human rights lies a challenge and an opportunity,” Rhodes says in conclusion. This timely and important book stands as both a warning and an invitation.