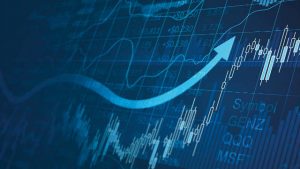 Australia’s vaunted economic miracle is looking a bit ragged after another sluggish quarter. There is still growth, but barely enough to match population expansion; and not enough to stop unemployment from rising.

There has been no shortage of advice to the re-elected government on what to do — one strand being that they must turn their attention to structural reforms to rev up the economy.

That is all very well. The economy would benefit as it did from the last burst of structural reform in the 1980s and 1990s. However, structural reforms work slowly, and their full benefits are not felt for many years. It would be a mistake to think of them as a short-term stimulus in the event of a recession.

There are also political obstacles to be overcome in implementing structural reforms. The electorate has not been prepared for policies that many voters would find confronting.

Not only did the coalition not campaign on a reform agenda, but it also ruled out several items that often appear on the reform menu.

The government also has to negotiate legislation through a Senate that — although less of an obstacle than it was in the last parliament — is still difficult.

Furthermore, some reforms would require the cooperation of the states and territories.

For all these reasons, it is not surprising that Morrison and Frydenberg give every impression of wanting to cover their ears to the barrage of advice they are receiving on structural reform.

The nation will be the poorer for the lack of an adventurous approach to reform. It may take an economic crisis of some kind to jolt the political system into action, but even then don’t count on it.