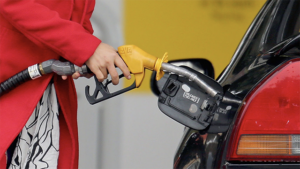 As surging petrol prices eat into household budgets, politicians have been trying to demonstrate their empathy with ordinary Australians. Federal Treasurer, Josh Frydenberg, has signalled that this month’s Budget will contain targeted assistance to ease cost-of-living pressures.

What this means is not clear. However, one widely-discussed possibility is a cut in fuel excise. A reduction from the current rate of 44.2 cents per litre would directly offset some of the recent run-up in prices.

South Australian Premier Steven Marshall has called for a cut while Nationals MPs Anne Webster and Susan McDonald have asked that it be considered. “It’s biting people, particularly out in the regions where we travel long distances to get wherever we want to go,” Ms Webster told the ABC.

The New Zealand government has just cut its fuel excise by 25 cents a litre for the next three months.

However, cutting fuel excise in current conditions is a bad policy, for several reasons.

It is reasonable to seek to protect those on fixed incomes from being injured by cost of living increases. For this very reason, most government support payments are indexed to the Consumer Price Index — as are many other incomes. So the disadvantaged are already being compensated. Cutting fuel tax on top of this would amount to double-counting.

Second, a policy of adjusting fuel excise to offset market changes essentially means that the government pays instead of the consumer. This removes any market discipline on sellers, giving them an invitation to raise prices further.

Higher prices represent a signal that the commodity is scarce and needs to be economised. Interfering with these market signals impedes efficient resource allocation.

A better form of relief from cost of living pressures is to reduce income tax rates. Instead of distorting market signals, this improves incentives to work and save.

Although this change has bipartisan support in parliament, critics claim it is inequitable because it favours the wealthy. However, higher income earners pay most of the tax burden. Only 19 per cent of taxpayers have incomes over $90,000 a year, but this group pays 67 per cent of income tax. So tax relief naturally affects them the most.

More importantly, the critics ignore that these changes were part of a larger package. Stages 1 and 2 have already delivered large cuts to lower and middle income earners. Moreover, the budget has recently paid out enormous income relief during the pandemic in JobSeeker, JobKeeper and other programs — much of which was targeted towards lower income earners.

As a general rule, fiscal policy is a poor instrument for regulating inflation and cost of living pressures. This is especially so with changes in indirect tax, as Mr Frydenberg seems to be foreshadowing.

A cut in excise has a direct effect on the prices of the taxed items, assuming that the change fully flows through to the consumer, as usually seems to be the case. However, by increasing household disposable income, the tax cut increases demand, which tends to increase inflation. So long-run effects can be the opposite of the short-run effect.

For that and other reasons, stabilisation of inflation is a task we assign to monetary policy, not fiscal policy. Indeed, this is the main job of the Reserve Bank. Its task is not made easier by Canberra wandering onto its turf.

Admittedly, there is an active debate as to whether the Reserve Bank is actually doing this job properly. Accelerating inflation has many observers worried that the Bank is overly complacent and slow to act.

One problem with these calls is that advocates of tighter monetary policy have cried wolf too often. There have been repeated forecasts of accelerating inflation over the past decade — including from the RBA and the Treasury — and they have repeatedly turned out to be too high. Instead of tightening to pre-empt inflation that never comes, this time the RBA wants to wait until we see the inflation in the data.

The other argument against tightening is that the risks of mistakes are not balanced. If the RBA tightens too late, it can make up for it by raising rates quickly. In contrast, if it tightens too quickly, a subsequent reversal is difficult as rates cannot fall below current levels. That threatens a deflationary spiral with monetary policy unable to respond. The consequences of that are more serious than those of a somewhat delayed increase.

In short, inflation control should be left to the Reserve Bank. Fiscal policy should focus on things it controls best, such as debt management and resource allocation.