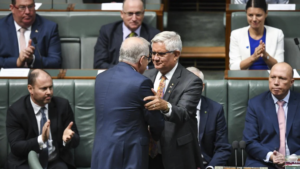 The COVID-19 pandemic — and government responses to it — has halted large sections of the economy, resulting in business failures and increased unemployment.

With so many facing straitened circumstances, there is a risk indigenous disadvantage will be overshadowed, and the only solution to Closing the Gap will be ignored. Instead, there needs to be renewed focus on the solution: economic participation.

An assessment of indigenous policy 12 months into this term of the Australian government shows indigenous affairs has lost its focus on economic participation.

There’s a waning focus on economic participation. This must return, particularly with the immense economic disruption we’re seeing. If it doesn’t, Ken Wyatt’s most significant achievement will be to trash six years of groundbreaking work by the Coalition government in this area.

There are serious concerns about the proposed refresh of the Closing the Gap targets. There are minimal targets for economic development, including employment, and the school attendance target would be abolished. It was disappointing to see consistent attendance data disappear from the 2020 Closing the Gap Report. And now it’s proposed to remove even aggregate attendance targets. School attendance is fundamental to education; education is fundamental to employment. There’s no employment gap for indigenous and non-indigenous Australians educated at the same levels. But research shows a child doesn’t receive an effective education if their school attendance falls below 90 per cent.

An aggregate attendance rate of 70 per cent could mean half are attending 90 per cent of the time, the other half only 50 per cent, or all students are attending 70 per cent of the time. In the first situation, half are getting an effective education. In the second situation, none are. This is an abject failure by commonwealth, state and territory governments and bureaucrats, including the NIAA, in their responsibilities to improve indigenous education. Employment and education targets won’t be achieved if school attendance doesn’t improve.

Likewise, the proposed targets to reduce indigenous incarceration rates. Setting incarceration ceiling targets is madness and will see pressure for reduced penalties or non-enforcement, even when justified by the offence. Instead, we need targets to reduce crime and reoffending, particularly in indigenous communities. Imagine if governments, authorities and indigenous peak bodies were charged with reducing violence instead of the consequences of it. And if indigenous children don’t go to school, then into the workforce, they’re much more likely to end up in jail. Yet the school attendance target will be abolished and parity in indigenous employment targeted for 30 years away.

The Abbott government set a new direction for indigenous affairs with a core focus on economic and business development. The Indigenous Advancement Strategy recognised being able to participate in the real economy through setting up a business is a vitally important pathway to indigenous economic participation.

The IBSS was ambitious and innovative. Nothing like this had been seen in indigenous policy. We expected it would have to be refined as it developed. What we didn’t expect was the momentum of the IBSS falling away as it has done in the past 12 months.

The IEF ceased on June 30 last year, having provided less than half the originally allocated funding pool to only 111 indigenous businesses. The IBSS remains on the NIAA website but I’ve seen little focus from the NIAA in starting and sustaining indigenous businesses or building real economies in regional and remote communities where this is most needed. The most important priority for all governments now is to enable an environment for the creation of jobs; this won’t happen without a thriving business sector. The focus on indigenous business needs to return. It’s not simply “nice to have” — it’s crucial.

In 2017 I developed a detailed model for the Department of Prime Minister and Cabinet on how to kickstart business creation in remote indigenous communities. The groundwork has been done. What’s required is action. In this time of COVID-19 the focus (still) needs to be economic participation. Governments have dropped the ball. COVID-19 can’t be an excuse not to pick it back up.