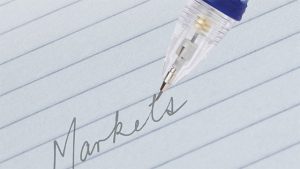 A recent Wall Street Journal editorial Who’s Afraid of Socialism laid out the case that much of the US Democratic platform met the Merriam-Webster dictionary definition of socialism.

In particular, it compared policies like the Green New Deal promoted by Alexandria Ocasio-Cortez, who was endorsed by the Democratic Socialists of America, to Soviet five year plans.

Of course both UK Labour Leader Jeremy Corbyn (who wants to nationalise Britain’s energy network and railways) and US Senator and former Presidential Candidate Bernie Sanders self-identify as Democratic Socialists.

The usual rhetorical nonsense comes with such beliefs as: “production should be for need and not for profit”; “the resources of the nation belong to the people”; “expropriate the expropriators”. These are empty phrases that explain nothing.

And yet it seems these old ideas are new again. Last year, CIS polling found that millennials prefer socialism over capitalism. Ocasio-Cortez was elected to the US House of Representatives, Corbyn was nearly elected UK Prime Minister and Sanders nearly won the 2016 Democratic Nomination for President.

But the old lessons from these ideas still remain. Lenin in post-Revolutionary Russia, like Castro in Cuba in 1959, or Maduro in Venezuela today, conducted their socialist experiments on complex economies with the expectation that they would just keep providing the basics as they had always done.

And yet, to their astonishment, the economies almost instantaneously stopped working. They turned what were relatively prosperous economies for their own time and place into an utter shambles — and never knew why.

In 1958 Leonard Read’s I, Pencil laid out the socialist challenge clearly. By describing fantastically complex network of production and sale involved in each of the elements that make a pencil — the wood, the lead, the eraser etc — he argued no one even understands something as simple as making a pencil.

A socialist system is directed from the centre by a government that believes it knows everything it needs to know to allocate capital and labour to where they can earn their highest social return.

Yet, if you can’t understand how to make a pencil, how could you run a whole economy?

A socialist economy cannot work. It must end in mass poverty and deprivation. While a handful at the top can do very well, everyone else falls into an economic abyss, with virtually the entire population completely mystified by the disappearance of their previous economy — and in some cases, their previously strong prosperity.

The great error of some on the left is to believe the welfare state is a form of socialism. It is not. Whatever you might think about the extent to which welfare expenditure has grown, it remains one of the dividends of the capitalist system. Entrepreneurial decision-making and market exchange create such an abundance of wealth that high levels of welfare spending are now integrated into how we manage our economies. This is not a socialist system. No socialist economy provides welfare since they are too poor to provide anything at all.

Unfortunately, while it is dispiriting to see the extent of ignorance of would-be socialists, it is not merely millennials who do not understand the fundamental reason why capitalism is the only system that can generate prosperity and growth.

Most people think of the availability of the products we buy in much the same way they think about the rising of the sun, as just in the nature of things, something that happens … just because.

This, however, is so untrue it is perhaps little wonder that the belief in socialism has persisted for so long.

That is why it is important to explain the aspects Leonard Read left out of I Pencil. Especially the indispensable role of the price mechanism in allocating resources between competing uses.

And the part that takes this back to what Mises wrote about in 1920 is the most difficult to understand of the six absolutely essential elements of a prosperous economy: the indispensible role of the price mechanism in allocating resources between competing uses.

An economy must have a functioning price mechanism in which every single price – for both final goods and inputs – is determined by private entrepreneurs in the market in a way that ensures those who sell are earning more in receipts than paying out in costs, while those who cannot earn a profit leave the market.

Unless the economy does that, it cannot determine how to produce at the lowest cost. And unless it can keep production costs for each item to a minimum, the economy will be unable to produce anywhere near as much as it previously had. Nor will the economy be able to adjust in the face of changing circumstances.

Replacing the price mechanism of the market with the dead hand of government, democratic or otherwise, is irreparably flawed.

Hence, the fundamental problem with socialism is not a lack of competition or responsibility, or distorted incentives or motivations — though these are all very serious problems.

But if these were the kinds of thing that wrecked economies, a public hospital system could never function. The central economic problem with socialism is the lack of a price system that properly puts prices on inputs.

Without market-determined prices, the prices of inputs and outputs do not reflect scarcity or the intensity of demand. Without the price mechanism, the economy goes up in smoke.

Steven Kates is an adjunct scholar at the Centre for Independent Studies and author of I, Mechanical Pencil, on why socialism fails and capitalism succeeds.