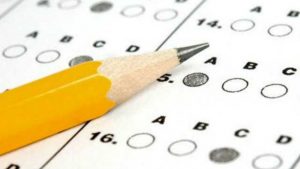 When Julia Gillard defied the odds in 2008 to introduce NAPLAN successfully, it may have been the most significant achievement by an Australian federal education minister in decades.

Australia finally had an objective, standardised measure of student achievement in the vital areas of literacy and numeracy, which could be used to track progress over time from the national level all the way down to individual children.

You wouldn’t know it from the chorus of NAPLAN naysayers, but the 2018 report released this week shows that results have improved significantly in some areas since the tests were introduced, such as in Years 3 and 5 reading. We want more consistent improvement in results across subjects, but there are a few good signs.

Nevertheless, some stakeholders and education unions want NAPLAN scrapped. But in response to student results that should be better, both sides of politics must resist the easy option of simply stopping the measurement of results.

More than $50 billion of taxpayer money is currently spent each year on schools. And in election news that won’t surprise anybody, the Coalition promises a substantial school spending increase, while Labor promises an even larger one.

But pork-barrelling aside, at the very least, both major parties should guarantee that basic accountability and transparency for school NAPLAN results will be kept, as an indicator of the return on additional taxpayer investments.

And recent opinion polls indicate the public is generally supportive of NAPLAN and the national focus on literacy and numeracy. The clear majority of parents support NAPLAN and the MySchool website, and 75% of Australians think schools should prioritise maths and english.

Furthermore, many principals and teachers find NAPLAN data useful. When I interviewed principals for research on high-achieving disadvantaged schools, they were generally positive about NAPLAN and find the data useful to track student progress.

If we want to help disadvantaged students thrive at school, then we need to have an objective benchmark against which their progress can be measured, so that we can identify the most effective and efficient ways of assisting them.

It’s not just taxpayers who will be let down if NAPLAN is abandoned; it’s students too.

This is an edited extract from an opinion piece published in the SMH.