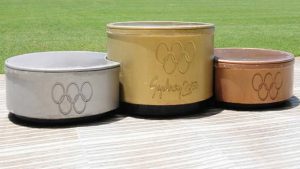 The NAPLAN 2019 body isn’t cold yet, but we already have yet more evidence that we are doing it wrong when it comes to schooling.

For those who swallowed the Gonski hoax, an apparent lack of funding is the culprit for our educational malaise.

But the OECD’s annual Education at a Glance report released this week conclusively shows we spend considerably more per student than the OECD average — even after taking into account differences in costs and teacher wages between countries. Many nations that achieve better than us spend less than we do.

By any measure, there is no denying Australia is a big spender, despite having little to show for it.

However, there is one exception — we spend the least in the OECD on vocational education. This makes it all the more disappointing that COAG last month decided to kick the VET can to 2020, rather than get to work now on the fix. According to Australian data released last week, the number of students taking VET in schools decreased by 7% since 2014, and school-based apprenticeships have declined by 13%. Despite schooling being awash with cash, it would seem that VET is being left behind.

We are also spending more time in class than our OECD peers, but appear to have the wrong priorities. We spend relatively less time on reading, writing, literature, and science — while we are dedicating more time to technology. At secondary level, we also spend less time on mathematics. Little wonder Australian students have performed poorly in the international PISA tests covering reading, mathematical, and scientific literacy.

If we are to take an honest look at ourselves against these traits, we are tracking well off course from the world class trajectory.

However, Australia can — and arguably should — have a world class education system. High performing countries that spend considerably less than us have shown it doesn’t have to cost the world.

Yet, this goes against the grain of our discourse — which foolishly assumes that the level of funding is the benchmark for educational success. Shifting the mindset from inputs to outcomes is a place to start if we genuinely aspire to be world class.

This is an edited extract of the opinion piece Teachers need more time and fewer classes, not more pay published this week in the Australian Financial Review