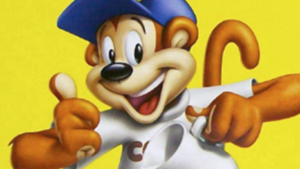 In response to the BLM movement, comedy, film and beer have been ‘cancelled’ due to their ‘problematic’ nature. The latest purge reveals how terrifyingly easy it is to use technology to cancel those who transgress the dogma of wokeism.

Netflix removed Chris Lilley’s back catalogue because of his racial depictions;  only the pretentious schoolgirl Ja’mie and Lunatics survived — for now.

Little Britain wasn’t so lucky, as many streaming services hit delete — their creators saying they were “very sorry” because of their portrayal of “characters of other races.”

Other cancellable racial offences include Basil Fawlty accidentally ‘mentioning the war.’ At least John Cleese had the fortitude to stand up for his comedy and his famous series will be reinstated — albeit with “extra guidance.”

And, after being temporarily blown away from HBO Max, Gone with the Wind will return with an introduction to place “the film in its multiple historical contexts.” Hopefully, this can be skipped like those pathetic anti-piracy ads at the start of legally-purchased DVDs.

But it is not only fiction receiving the cancellation treatment.

Coon cheese (named after its founder who developed a new ripening process) was briefly targeted,  before the comedian who tweeted whether we were still cool with the name was cancelled himself when his past comments on diversity in acting surfaced.

Woke bible The Guardian – after cheering the drowning of Edward Colston’s statue – is experiencing a digital pile-on because their paper was founded “using profits from a cotton plantation that used slaves.”

And if all this cancelling has made you thirsty please do not reach for a cold one from the Colonial Brewing Co.,  as the name is deemed so offensive a bottle shop chain pulled it from their shelves.

If only people employed the Microsoft Word ‘inclusiveness’ option to check their work for bias. This check pinged my article for using ‘schoolgirl’ — suggesting the more ‘inclusive’ ‘schoolchild.’

I suppose those are just more words to add to the blacklist. No wait, tech companies have been replacing terms such as, ‘blacklist’, ‘master’ and ‘whitelist’ for less “racially-loaded terms.” And yes, the inclusiveness checker also pulled me up for using ‘blacklist.’

Unfortunately, the AI of PC-checking does not transfer to images. If it had perhaps Kellogg’s would not have been guilted into issuing a statement explaining why the Coco Pops mascot is a monkey. Apparently using a cartoonish, cap-wearing chimp to sell brown food is racist.

All this removing of content, adding warning labels, and language policing was achieved with a few keyboard clicks and some outrage. If this pitiful pandering to the easily hurt continues all art, comedians, and food will eventually be deleted.

But until then it is time to order a slab of Colonial brew, make a toasted Coon cheese sandwich, and flick on Gone with Wind.