‘Cancel culture’ campaigns in Australia are intended to erase elements of our history and to deny the record of those who helped found this country. The impulse to impose a revised interpretation of the past poses a danger that threatens to corrode civility, destroy civic trust, and fuel community discord.

The drive to eradicate offensive words, images, and opinions from the public square is rapidly displacing liberal commitments to freedom of speech. For ‘cancel campaigners’, freedom of speech is not a right; but something permissible only insofar as it conforms with conceptions of social justice regarding race, gender, sexual orientation, and ethnicity.

Black Lives Matter (BLM) campaigns emerged as protests against racial injustice. Today, racism attracts the most severe moral disapprobation. But racism is now detected in all areas of society. Those determined to expose racism stop at nothing in their efforts to attack institutions of the state, eradicate one point of view and install another in its place.

BLM and ‘cancel culture’ campaigns are forcing a dangerous orthodoxy on us which imposes heavy penalties on those who dare to dissent. Imposition of this orthodoxy threatens the fabric of social cohesion and the health of our community life. These dangers must be taken seriously. Failure to do so will only compound the harm being visited upon us in the name of progress and purity. 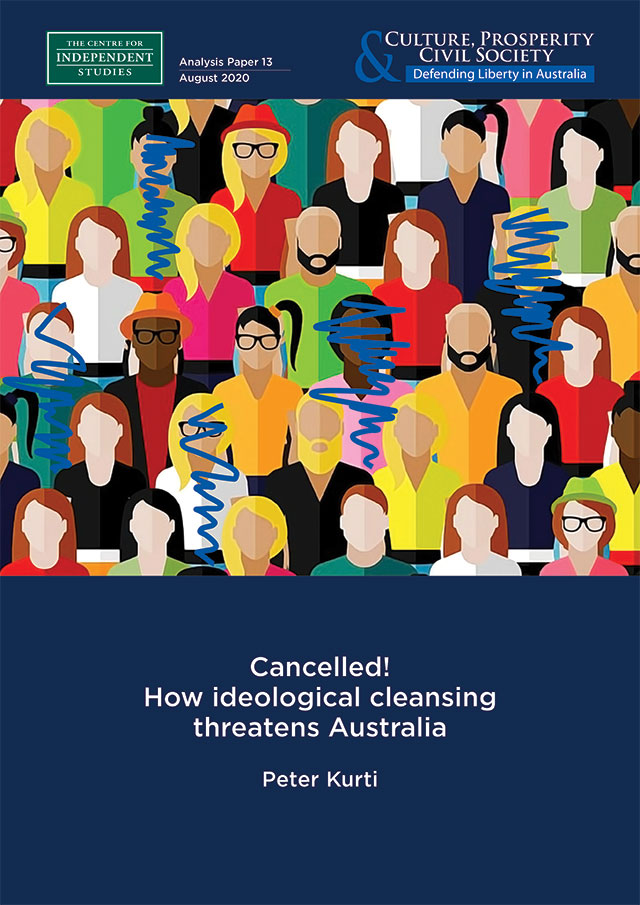