Policymakers have increasingly looked to improvements in Initial Teacher Education (ITE) as key to overcoming declining education outcomes. The analysis in this paper validates this concern and places a specific lens on ITE for beginning mathematics teachers.

Despite clear evidence of the efficacy of explicit instruction, it is not practiced consistently and regularly in Australia’s mathematics classrooms. The analysis shows that high-performing countries more frequently apply the principles and priorities consistent with explicit instruction.

For Australian students’ mathematics outcomes to improve, ITE must improve with it. For this reason, ITE providers require clear and unambiguous expectations for genuinely incorporating evidence-based practices into their mathematics ITE courses.

Some examples of practices that teachers should be able to demonstrate on completion of mathematics ITE include:

Report co-author, Glenn Fahey, blames an ideological bias among university-based teacher educators for failing to provide teachers a balanced view on how to teach mathematics effectively. He argues that this is a major factor explaining why teachers are underprepared for the classroom, and ultimately, why student outcomes are declining.

Compared to mathematics classrooms of high-performing education systems, such as Singapore, Hong Kong, Shanghai, and Taiwan, Australia’s students are given teacher-led instruction less frequently. It’s estimated that the average 15-year-old would be around 10 months ahead of where they currently are if they received mostly teacher-led instruction, with only occasional student-led practice.

Fahey argues that current policies aren’t doing enough to force changes in practice of universities. He urges policymakers to take a more active approach to monitoring the performance of ITE providers. In particular, Fahey argues that reliance on self-reported measures and on-paper compliance with standards has proven to be ineffective. Instead, he calls on policymakers to implement direct inspection of what is taught at university and what practices graduating teachers demonstrate.

“For years now, new teachers have finished their training without the knowledge and skills to be effective in the classroom, despite tougher standards and accreditation on paper,” he says. “It’s now clear that quality assurance needs to be stepped up and be more direct.” 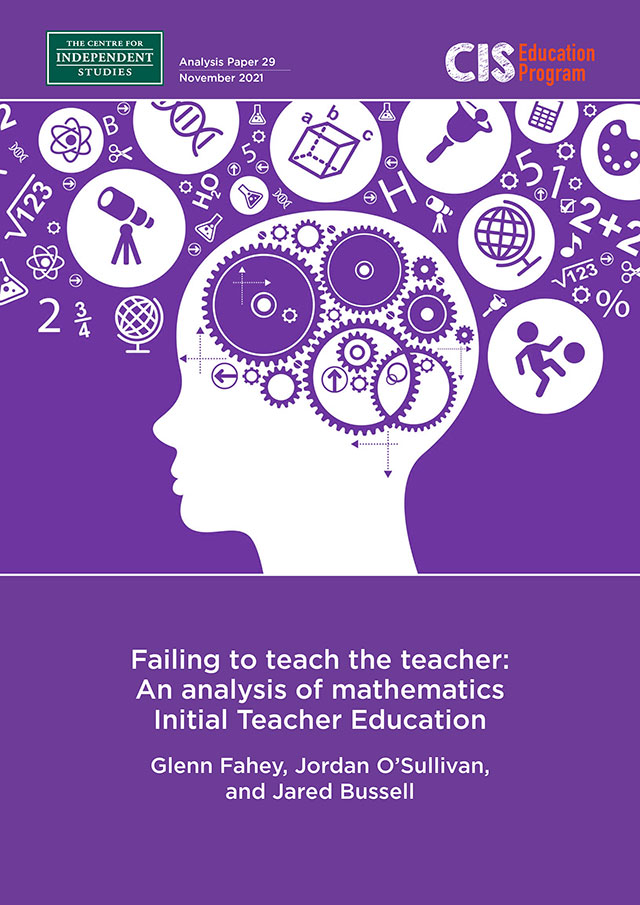