The most recent Productivity Commission report on mental health stated that “suicide is the fifth leading cause of death for Aboriginal and Torres Strait Islander people, compared with the twelfth for non-Indigenous people”.

A 2019 systemic review argued that the term “crisis” is appropriate, given that young Indigenous Australians not only die by suicide at significantly higher rates than their non-Indigenous peers, but also do so at an increasingly younger age, particularly in remote areas.

“The high rate of suicide among Indigenous Australians has rightly been described as a crisis. Despite much well-intentioned effort from government and vast public goodwill, too many Indigenous lives continue to be lost. Clearly, a fresh approach is required to arrest this crisis,” the paper’s author Dr Anthony Dillon says.

He says this approach should:

When acted on, the aforementioned points will enable the specific recommendations discussed in this paper to be better focussed so they make a real difference on the ground. These recommendations should enable Indigenous people to:

Dr Dillon acknowledged there has already been effort to stem suicides, but not the right kind of effort. “Yes, there has been action, but it’s the wrong sort of action,” he says. “It may have helped gatekeepers, politicians, and academics, but it hasn’t helped Indigenous people.

“This action is both a result and cause of the politicisation of Indigenous issues — using the problems Indigenous people face today as an excuse to make accusations of systemic racism, claim Australia is an uncaring society, and portray Indigenous people as vastly different from other Australians and requiring a separate set of rules to live by. It has become too convenient to blame government.”

Also read: Back to Basics: A new model for business creation in remote Indigenous communities 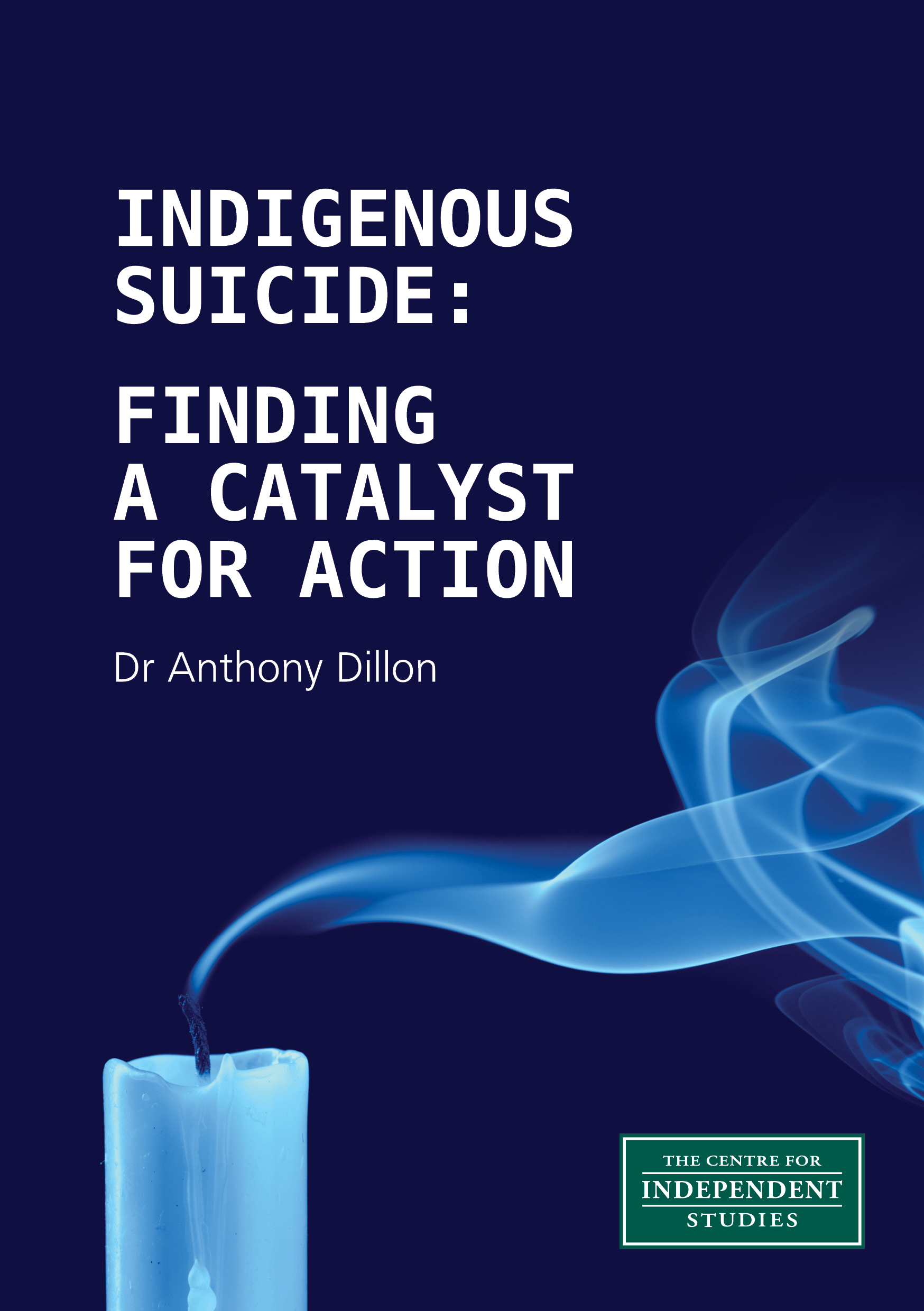