Indigenous education disadvantage remains among the most pressing and persistent public policy challenges in Australia. Despite bipartisan and intergovernmental commitment to ‘Closing the Gap’, has done little to move the needle in education outcomes.

Dispiritingly poor Indigenous education outcomes persist despite the best of intentions, considerable investment of resources, and countless programmes and initiatives of policymakers. This research examines sources and extent of Indigenous educational disadvantage and proposes how policymakers can better meet the ambition of closing the gap.

While Indigenous students make similar progress at school to their non-Indigenous peers, they are more likely to start behind them — especially, but not exclusively, in remote schools. While there are some isolated examples of significant catch up of students in remote majority Indigenous schools, to date this has not been systematically replicated on a larger scale.

There’s a wide distribution of Indigenous student outcomes and backgrounds

Around 65 per cent of the student achievement gap is accounted for by differences in measurable student, school, and home factors

Around 35 per cent of the achievement gap by Year 3 is due to differences in factors that aren’t measured — such as differences in teacher and teaching quality, school-readiness and early development outcomes, student engagement, parental involvement, and the like.

Hattie, J. (2003). Teachers make a difference: What is the research evidence? Paper presented at the Building Teacher Quality: What does the research tell us ACER Research Conference, Melbourne, Australia. Retrieved from http://research.acer.edu.au/research_conference_2003/4/ .

Australian Institute of Health and Welfare, Profile of Indigenous Australians 2019. 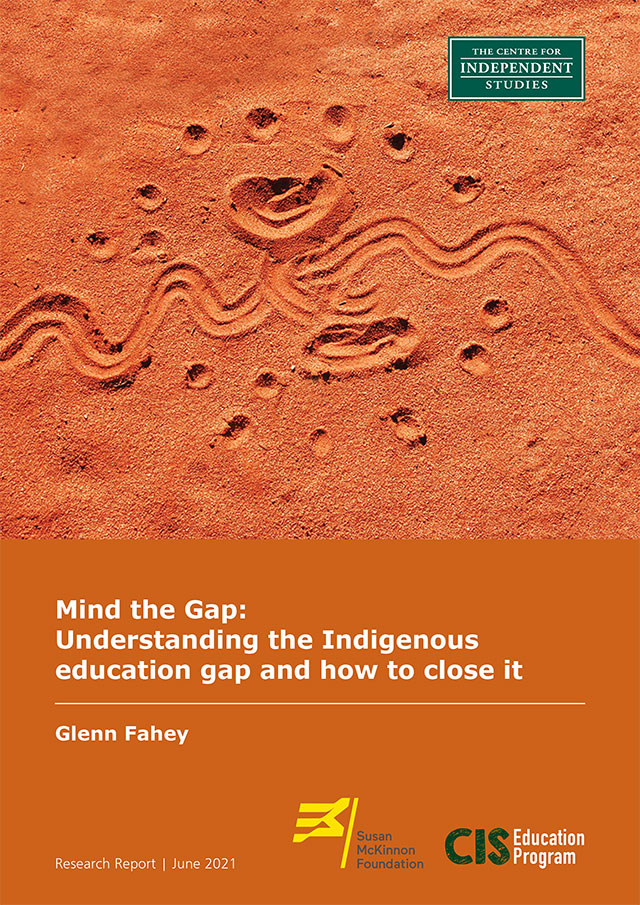