Calls for protections of rights are often made without much reflection on what it is, exactly, that needs protecting. In this Occasional Paper, Peter Kurti argues that behind any claim about rights lies a moral claim, and that this claim is essentially about human dignity.

Rights describe a sphere of personal sovereignty from which others are excluded and which also imposes on others a duty to respect that right. There is, therefore, a social dimension to rights because of the network of obligations and responsibilities they generate.

This social dimension is emphasised by the link between rights, morals, and dignity. The link is important because each of the three elements plays a role in establishing the foundations upon which all talk about rights needs to take place.

Protecting rights, such as the right to religious freedom, is important because it amounts to defending some of the most fundamental claims we wish to make about human identity and personhood, and about civil society. 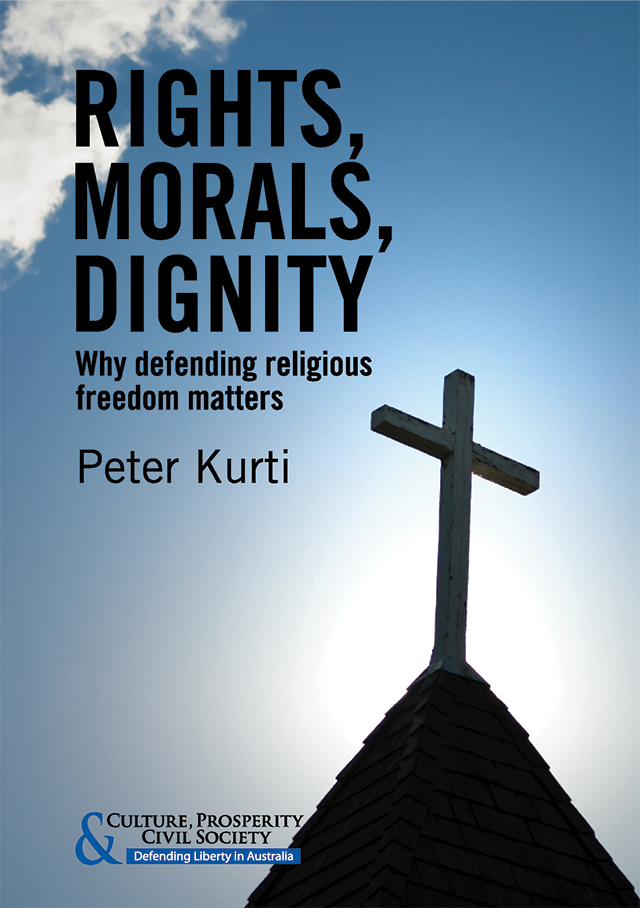