Addressing the Centre for Independent Studies, Noel Pearson outlines his insights and observations from decades of experience supporting education in remote majority Indigenous schools and communities.

Noel argues that direct and explicit instruction methods of teaching are non-categorical — meaning that all learners can benefit, not just Indigenous students. Disadvantaged students, in particular, have the most to gain from these practices. And that’s why the method has been so effective for students in the remote majority Indigenous schools that Good to Great Schools operates.

Noel challenges policymakers to drive systemic reform to lift schools from being good to being great. To make this performance leap, he urges greater focus on the verb — teaching — rather than being fixated on the noun — the teacher.

When are those who have opposed evidence-based teaching going to be told to step aside so that we allow Australian students to learn from teachers, from good teaching, from effective teaching practice. I don’t share the anxiety that we need more evidence. Aboriginal children are no different from other human children. They have the same capacity and they have the same learning mechanism of other human students, there’s nothing sui generis about Indigenous children. They’re humans. If they’re taught with effective pedagogy, they will learn.

So those who say we need more evidence to prove what’s effective with Indigenous education I think are almost making a racial distinction. The distinctions that are valid concern context, social community context … we have to take them into account. Kids coming from poverty, kids with bad hearing, kids coming from homes without books and illiterate parents. These are all important contextual questions that bear on the capacity of kids to learn, but the fundamental mechanism for learning is human.

That’s why I believe that Indigenous education will not be fixed up until we get education fixed up for all students, particularly disadvantaged ones. The important point that is lost about direct and explicit instruction is that they are non-categorical approaches to learning and teaching. We don’t distinguish between human learners. What we will make efforts to do is address the social context from which these kids come and the cultural context in which they live. These are all very legitimate things to take into account, but don’t tell me that the evidence for effective instruction does not apply to indigenous learners. 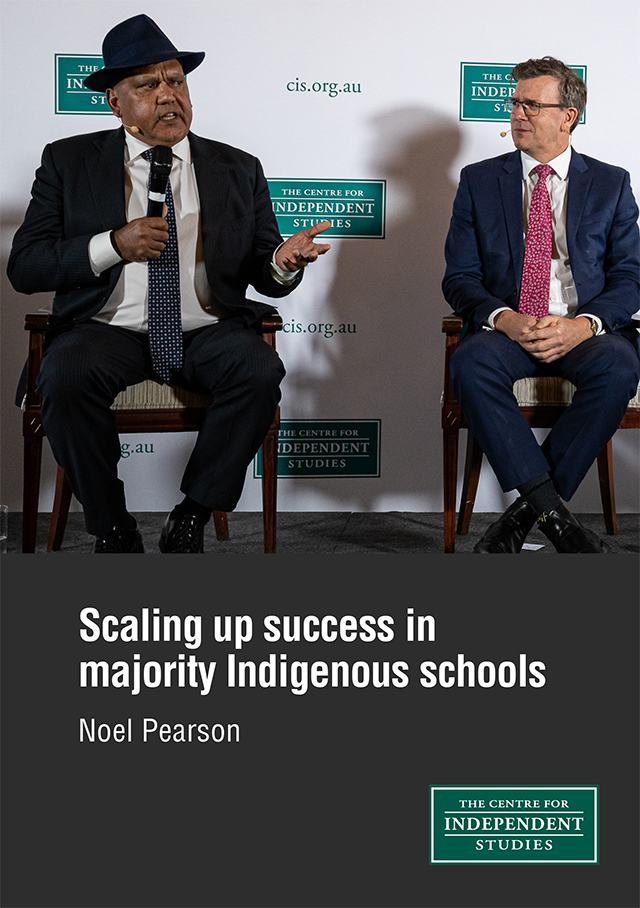