There is much debate about whether the relationship of Philippines vs China should be one of appeasement or constraint.

This paper examines the ongoing clash in the Philippines between government officials who favour appeasement, on the one hand, and those pushing for a policy of constrainment towards China in the South China Sea on the other – and how Australia can help tip the balance towards constrainment when it comes to the Philippines vs China.

Since taking office in 2016, President Duterte has consistently undermined the country’s longstanding alliance with the United States, whilst currying favour with Beijing by downplaying the landmark 2016 UNCLOS award in favour of the Philippines’ maritime rights in anticipation of promised Chinese investment flows. These economic benefits have largely failed to materialise, however. Nor has the more accommodating approach restrained China’s creeping expansionism, as the standoff at Whitsun Reef demonstrated earlier this year.

As Duterte’s six-year term draws to a close with national elections due in May 2022, the paper concludes that Philippines has no choice but to constrain Chinese expansionism through balancing with the US – alongside American allies such as Australia, Japan and South Korea – or through lawfare/international law and multilateralism, or a combination of all these policies.

Can Australia Help in Tipping the Balance?

Australia and the Philippines have maintained a long and well-established security relationship since World War II. If John Foster Dulles’ original plan for a Pacific Pact had been realised in the early 1950s, the Philippines and Australia could have been members of a multilateral military alliance that would facilitate US military planning in the Pacific, extend a security guarantee to their former enemy, Japan,  and  encourage both countries to render assistance to the centre of American power in East Asia.[i] Instead, during the Cold War, the two countries became separate members of what is called the southern-flank of the US regional alliance network that includes formal bilateral defence treaties with Thailand and the Philippines and the ANZUS defence pact entered into in 1951 with Australia and New Zealand.[ii] This accounts for the fact that Philippines and Australia are formal US treaty allies ­— who both celebrated the 70th anniversary of their respective US alliances in early September 2021 — and security partners that have engaged each other in numerous joint military trainings.

The 1995 Philippines-Australia Memorandum of Understanding on Cooperative Defence Activities provides the legal basis for Philippine-Australian security relations. It enables the Australian Defence Force (ADF) and the AFP to undertake several defence-related activities in the holding of mutually-beneficial cooperative defence activities such as the MTA LUMBAS (2001), the First Philippines-Australia Maritime Surveillance Exercise (MARSUVEX), and the Australian-hosted multilateral Fleet Concentration Period Exercise KAKADU.[iii] Aside from these military exercises, there are regular exchange visits by Filipino and Australian defence and high-ranking military officials to boost confidence-building measures and regular intelligence exchanges on various security issues.

In a 2006 bilateral review, the Australian government described its security relations with the Philippines as “very strong” and based on friendly ties, as well as common strategic interests in a secure, stable and prosperous region.[iv] On November 18, 2015, on the side of the Asia-Pacific Economic Cooperation’s (APEC) Leaders Meeting in Manila, the late President Aquino and former Australian Prime Minister Malcolm Turnbull signed the Joint Declaration on The Philippines-Australia Comprehensive Partnership. The agreement formalised what has been a close and comprehensive working bilateral security partnership between the two American allies. In December 2020, Duterte stressed that the Philippines looks forward to the adoption of the Plan of Action to further implement the said joint declaration.[v]

Meanwhile Australia is the only country apart from the US that has a formal Status of Visiting Forces Agreement with the Philippines, concluded in 2012. This proved instrumental in enabling ADF assistance to the Philippines in 2013 in response to Super Typhoon Yolanda. In August 2021, the two countries also finalised a Mutual Logistics Support Arrangement, a low-key but important step in cross-bracing the defence relationship and enhancing interoperability in the face of a rapidly evolving strategic environment.[vi]

ALSO READ: Time to Drop Defense Guarantees to the Philippines

[i] Hiroyuki Umetsi, “The Birth of ANZUS: America’s attempt to create a defence linkage between Northeast Asia and the Southwest Pacific,” International Relations of the Asia-Pacific, 4:1, (2004), 193, https://www.jstor.org/stable/26156562 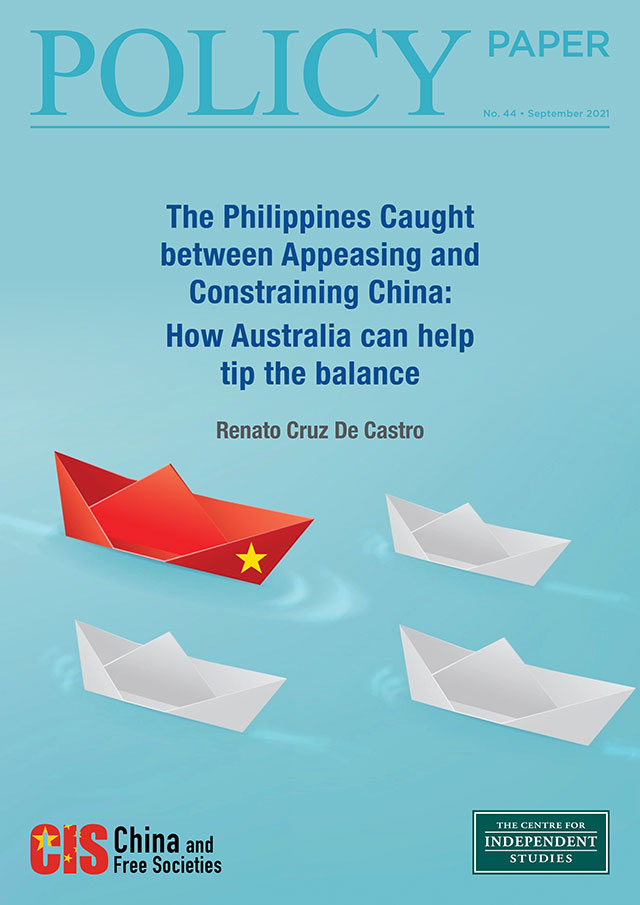