Global outrage over the killing of George Floyd by a white policeman in America last year has been harnessed by activist groups such as Black Lives Matter to support demands for social and political upheaval that go way beyond making racial equality a reality. This has led to the weaponisation of identity politics across much of the Western world, causing rancour, division and distrust in societies with white majorities and ethnic minorities.

In this paper, UK historian Simon Heffer argues that much of the power of identity politics is to make normally rational people who consider themselves part of an oppressor majority behave in an irrational and self-hating way. They do this in order to distance themselves from appalling behaviour that it would never occur to them to engage in, but also for fear of being seen not to conform and thereby attract public condemnation. The latter is in especially plentiful supply thanks to social media, which itself generally bypasses rationalism and reasoned debate, and whips up hostility against those who do not conform to the ideals or standards dictated by the mob. This threatens freedom of speech and the marketplace of ideas in free and liberal societies.

The threat of identity politics: overview

Society becomes vulnerable to identity politics’ deployment by those whose agenda is to undermine interests they deem to have power (whether political, social or financial) that is denied to the minority and deemed to be used against their interests.

In the present time, to run a political platform on the grounds that one is black or a member of any other race that has been historically a victim of racism and discrimination is a highly effective way of orientating political action.

It has become clearly apparent that, among a certain section of society — and notably in callings such as the mass media, academia and of course politics — there is no faster or more certain way to gain the approval of one’s peers than by announcing one’s anti-racism. And to do so with a degree of ostentation and vulgarity that would be considered shocking in any other field of activity is considered quite normal and acceptable.

For example, no civilised and decent man beats his wife, but such men do not feel required to make regular gestures that protest their abhorrence of such a practice. However, the gesture (which pre-dates Floyd’s murder) of ‘taking the knee’ to show abhorrence of racism against black people proved uniquely popular — not so much because of its expression of solidarity with victims, but because of what it said in social and moral terms about the person doing it. And with it came an element of coercion, especially for those in public life. Once one public figure of a certain political stamp or in a certain sporting context, for example, took the knee, the spotlight fell on those who — for whatever reason — did not. In those circumstances, those who rejected gesture politics required considerable moral courage to hold to their position.

But the willing self-abasement and conformity of people traditionally regarded as ‘privileged’ inevitably wins recognition for the standing of those before whom they decide to abase themselves.

The emergence of identity politics proves many things; none of them edifying. It proves above all how no element of human misery or misfortune is above being exploited by political agitators for their own ends, and how people who have suffered unquestionable injustices — and the people of goodwill who sympathise with them — become the victims of confidence tricks by those who use identity politics to make progress with extreme political aims that would otherwise be hopeless to secure.

Identity politics is but the latest weapon in a war that is being fought for very high stakes. Only by making the wider public aware of what such groups really stand for, will this cynicism be countered. 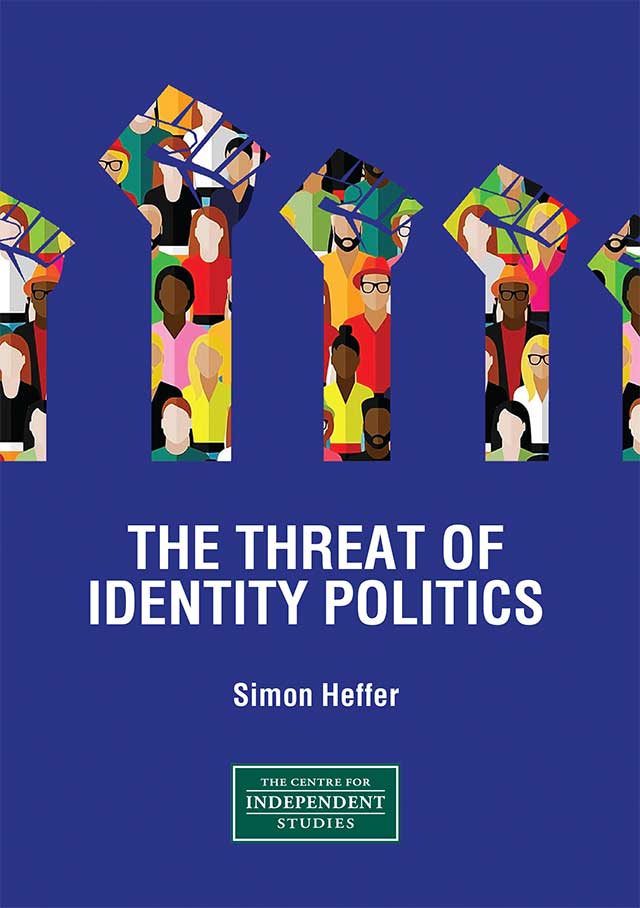