Township leasing was a significant 2006 reform to the Aboriginal Land Rights (Northern Territory) Act 1976 (ALRA). It gave Traditional Owners the right to issue leases and licenses for economic activity over a given township on ALRA land, subject to the consent of the relevant Land Council.

Township Leasing and the Democratisation of Opportunity: summary

The popular belief that the Aboriginal land rights movement returned to Indigenous Australians control of their land is a fallacy. When Prime Minister Gough Whitlam poured earth into the hands of Gurindji elder Vincent Lingiari in 1975 — the symbolic highpoint of the Aboriginal land rights movement — he told him “I want to promise that, through their government, the people of Australia will help you in your plans to use this land fruitfully.” However, in the 46 years since then, Australia’s extractive Indigenous land bureaucracy has frequently stymied attempts by Indigenous communities to ‘use (their) land fruitfully’.

This paper argues that Indigenous disadvantage on land covered by the iThe Aboriginal Land Rights (Northern Territory) Act 1976 (ALRA) should be conceptualised in this way and that its source is an extractive institutional framework. The key to lasting and genuine Indigenous prosperity is the emergence (or re-emergence) of robust, vibrant and inclusive Indigenous political and economic institutions.

It is in this framework that Township Leasing is evaluated. Township Leasing, introduced by the Commonwealth government in 2006, was a significant reform to the ALRA. It gave Traditional Owners the right to issue leases and licenses for economic activity on their land. These rights are held by the relevant Land Council for communities that have not taken up Township Leasing.

This paper argues that the advent of Township Leasing has made some progress towards more inclusive economic and political institutions on ALRA land in the Northern Territory. Furthermore, this has led, and will lead, to better socio-economic outcomes for the people living there. The final section of the paper makes some recommendations to enhance the impact of Township Leasing in both regards. These include: streamlining the negotiation process;  reforming mining royalty allocation; and improving the scope of Township Leasing and the monitoring and evaluation of its impact.

This paper discusses township leasing from an institutional economics perspective. It argues that despite its noble intentions, ALRA created an extractive institutional framework for Indigenous people living on ALRA land that has contributed to economic deprivation and social breakdown. This is partly because the land rights structure, featuring powerful land councils, was designed to facilitate Indigenous land claims – that is, to acquire land – rather than facilitating the economic development of Indigenous land. The Land Council system has also been blighted by poor governance and a lack of transparency and accountability – further hallmarks of extractive institutions.

The paper then discusses the experience of eight remote Indigenous communities that have taken up township leases, creating a rental income stream that can be seen as a rough proxy for increased economic activity. However, further devolution of political power is needed to enhance local control. Alongside other recommendations for reform, this would help to return to Traditional Owners the actual decision-making power they once had for tens of thousands of years. 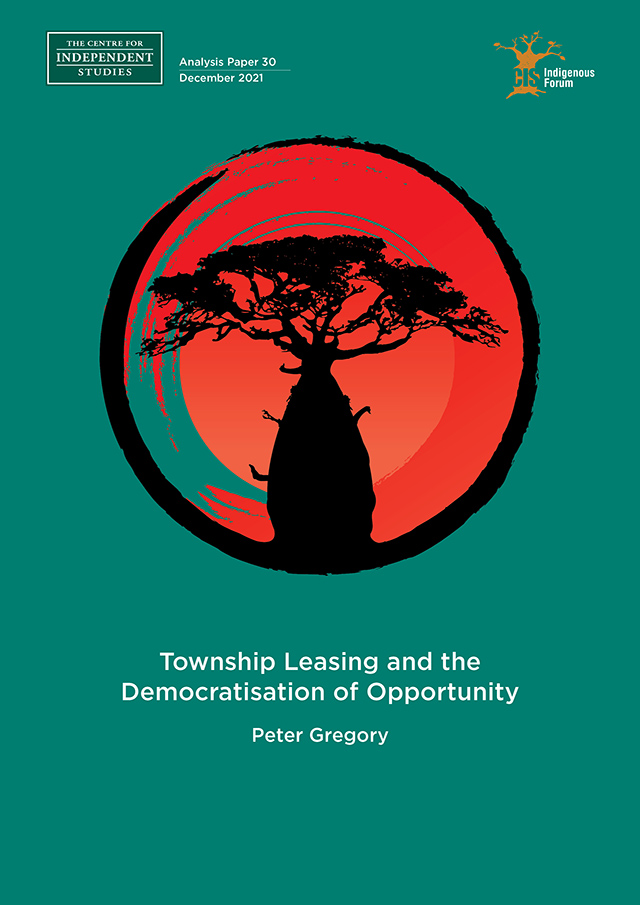