With the onset of the global economic crisis, China remains one of the only major economies likely to avoid recession. Released in 2007, the first edition of Will China Fail? looked at the profound and mounting contradictions, tensions, and dysfunctions within Chinese economy and society. This second edition reassesses these imbalances in the Chinese political-economy two years on.

The second edition shows the significant policy shifts that have occurred since the Tiananmen protests in 1989 and argues that the Chinese Communist Party are no longer able or willing to pursue further fundamental reforms. Instead, they are stuck in a holding pattern in order to remain in power. Constrained by a decentralized model of authority and administration that is highly corrupt and inefficient given the country’s lack of institutions, Beijing has only been able to plaster over significant cracks.

Rather than moving toward a modern, successful civil society and state, as occurred in East Asian countries such as Japan, Taiwan and South Korea, China is walking a more dangerous and unpredictable path.

Although China is likely to achieve their target of 8 percent growth in 2009, the GFC has exposed China’s structural weakness in its growth model.

China’s economic problems are causing troubling developments in Chinese civil society: including the rise of a chauvinistic nationalism encouraged by the CCP, ascent of a new army—the People’s Armed Police— to enforce order, worsening corruption, as well as inequality caused by the CCP’s state-led development model and the crowding out of the fledging domestic private sector.

Debates about China have been overloaded by the burden of interests rather than investigation, by stiff and opinionated ideology rather than examination of the ‘engines’ of China’s economy and society. John Lee’s book breaks with these weaknesses by deftly and precisely examining the fundamental processes that shape China’s ‘economic miracle’ and the country’s modern evolution. As such, it is a landmark in China studies. It makes no claims but analyses, and as such ought to be taken with utmost seriousness by policy makers and academics.

Lee’s contention is that the PRC’s economy centers not on job creation as it occurs in true capitalist ‘creative destruction’ but on the mobilization of resources to preserve the tens of millions of jobs tied to the state-controlled sectors that provide sustenance to a large part of the ruling class and social base of the Chinese Communist Party. Many are inefficient cradle-to-grave social institutions, not enterprises.

Under circumstances of world recession, the People’s Republic of China’s fading miracle is more likely to fracture than not. It may well add fuel to the rise of malicious chauvinism. Much study is being devoted in Beijing and Shanghai to understand the causes and consequences of ongoing events; much sound advice is being proffered by high-level intellectual advisers. They crash against the real Wall of China—the unilateral claim to power of the power-holders. John Lee is to be highly commended for having demonstrated it in concrete fashion.

NOTE: HARD COPY IS OUT OF STOCK 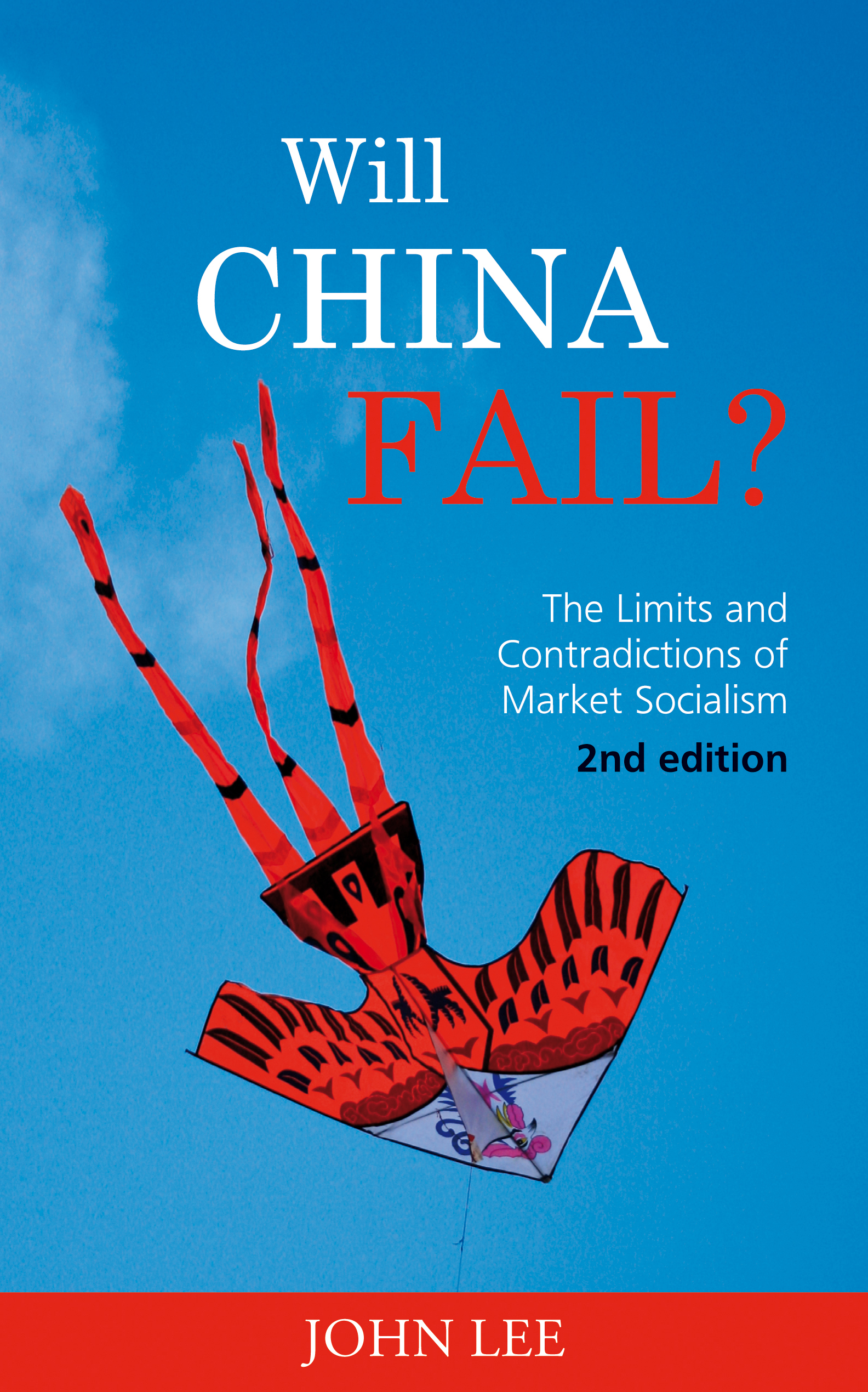