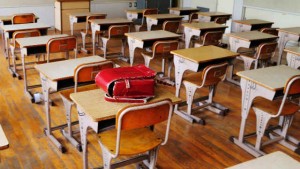 The working lives of people entering the Australian workforce in 2017 are different to those of the previous generation. Technology and automation, as well as the decline in industries where entry level positions have a low skill requirement, are reducing the employment options for people with low academic achievement and without post-school qualifications.

These developments have had several flow-on effects. Youth unemployment has been increasing, going up to 14% in February, putting pressure on job services and the welfare system. Rather than be unemployed, more young people are staying at school to Year 12 (84.3% of youth in 2016 compared to 75% in 2006), compelling schools to accommodate a cohort of senior secondary students who are not academically motivated. More young people are going to university, many of whom are not well-equipped for university level study, which perhaps helps explain the recent data showing around one-third of university students drop out of their degrees. In addition, they often choose degrees that have low prospects of employment.

The obvious reasons for these problems are structural change in the Australian economy, and a mismatch between the industries that have employment demand and the education choices being made by prospective employees. Indeed, the bright light in the current employment situation is apprenticeships — 92% of individuals graduating from apprenticeships and traineeships are employed full time post-completion. It is not difficult to understand why: there is a direct match between training and employment.

These are real problems and require a response from our education and training systems. A recent report from the Mitchell Institute sets out the problem well and acknowledges the reasons posited above, but devotes much of its space to arguing that the most ‘ready solution’ is for schools to prioritise the development of ‘competencies’ and ‘capabilities,’ like creativity, collaboration, and critical thinking.

It is hard to argue that these are not important capabilities but it is easier said than done. Schools are still struggling to teach the core curriculum, as shown by the decline in Australia’s results in international assessments. It is not at all clear that ‘capabilities’ can be taught in a general way, and whether they can be assessed. Further, no evidence is presented that employers see the lack of these capabilities as key impediments to youth employment.

A wholesale refocusing of the education system amidst the disruption of twenty-first century globalisation and automation without solid evidence is a big risk.