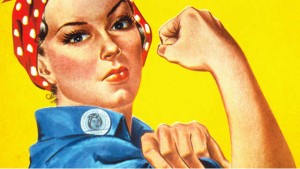 This is a big deal for someone who was heavily involved with the Women’s Collective at university and helped to organise SlutWalk Canberra in 2011 (though I attended armed with a John Stuart Mill-inspired placard).

It’s been a long time coming – no-platforming, abuse of safe spaces, trigger warnings, microaggressions, you name it. Ideas that were once useful in improving understanding of gender and feminist issues are now instead being used to shut down discussion, rather than enlighten it.

So it’s with dismay rather than despair I read this morning’s Australian, which broke the news that Victorian high school students are going tolearn about male privilege:

Victorian students will be taught about “male privilege” and how “masculinity” encourages “control and dominance” over women, as part of a mandatory new school subject aimed at combating family violence…

While the program refers to “gender-based violence”, the overriding emphasis is on men being the perpetrators of violent acts. Proposed lessons will introduce students to the concept of “privilege”, which is described as “automatic, unearned benefits bestowed upon dominant groups” based on “gender, sexuality, race or socio-economic class”.

“Being born a male, you have advantages — such as being overly represented in the public sphere — and this will be true whether you personally approve or think you are entitled to this privilege,” states guidance for the Years 7 and 8 curriculum,” it says.

By Years 11 and 12, students are asked to examine their privilege and ways that “equity” can be encouraged, such as catch-up programs, special benefits or entitlements for those who are not considered privileged.

As my colleague Dr Jeremy Sammut pointed out, this is indeed an example of “taxpayer-funded indoctrination” that ignores the complex social problems that inform domestic and family violence.

More than that, it’s truly sad that a program originally labelled “Respectful Relationships”, instead inspires alienation, and peddles guilt and shame, when put in practice.

Rather than telling boys and girls as young as 12 that boys are “privileged” and girls are “victims”, would it not be better to teach them how to have a healthy, independent sense of self that is more resistant to peer pressure and social messaging about what it is to be an “ideal” man or woman?

But this is more just a wasted opportunity – there is potential for real harm. A focus on ‘control and dominance’ and ‘hegemonic masculinity’, so distant from the lived experience of teenagers who have grown up around family violence where abusive behaviours are seen as the norm, is more likely to result in a dismissive attitude to the whole idea. For students whose understanding of communication and non-violent conflict resolution within intimate relationships is imperfect, this simply means they are more likely to grow into adults who struggle — and perhaps even resort to abusive behaviours themselves.

If the goal is to stop domestic violence at the start, as those federally-funded ads tell us, then it’s difficult to imagine a worse way to do it than this – cooked up by academic experts on gender theory, dished out by teachers who may not know how to effectively communicate nuance, and served to teens at a key stage in their maturation into adults.