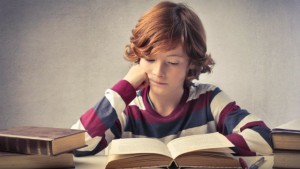 Ten years ago today, the report of the national inquiry into the teaching of literacy was released. Called Teaching Reading, the report was critical of the teaching methods being used in classrooms, and even more damning of the education faculties of Australian universities that failed to equip teachers with effective, evidence-based instruction methods.

The inquiry chairman, the much-missed Ken Rowe, who died in 2009, wrote in his inimitable style, ‘‘Higher education providers of education and those who provide ongoing professional development of teachers, with a few exceptions, are still puddling around in postmodernist claptrap about how children learn to read.”

The report found most initial teacher education degrees devoted between 3 per cent and 7 per cent of their compulsory course load to the teaching of reading, and that even this small amount was of questionable quality.

The 2005 NITL report supported the findings of the US National Reading Panel five years earlier, and pre-empted the findings of the Rose review in Britain in 2006. Each of these reviews found strong research evidence that high quality, high-impact literacy teaching has five essential components — phonemic awareness, phonics, fluency, vocabulary and comprehension. These elements underpin the widely accepted simple view of reading; that reading requires both accurate word recognition and comprehension.

The reviews also found that some teaching methods were more effective than others.

In particular, the foundation aspects related to the alphabetic code — phonemic awareness and phonics — are likeliest to be learned early and quickly by children if they are taught explicitly and systematically.

For phonics (the relationship between letters and sounds), one particular approach emerged as superior — systematic, synthetic phonics teaching, whereby carefully selected groups of letters and sounds are introduced sequentially and children learn how to blend these sounds together to make words. Children are encouraged to use phonics or sounding out when they are reading, rather than guessing from picture cues.

On the basis of the best scientific research, the NITL committee recommended “that teachers provide systematic, direct and explicit phonics instruction so that children master the essential alphabetic code-breaking skills required for foundational reading proficiency. Equally, that teachers provide an integrated approach to reading that supports the development of oral language, vocabulary, grammar, reading fluency, comprehension and the literacies of new technologies.”

This recommendation sounds, and is, reasonable and defensible. Recent research confirms this approach to be the most effective. But despite phonics having one of the most consistent and extensive evidence bases in educational research, it remains a source of contention. In response to the NITL report, the Australian Association for the Teaching of English argued against the teaching of phonics and lamented the priority given to evidence from scientific research.

The AATE president at the time wrote: ‘‘I don’t want my daughter to be in the rigid, sterile surrounds of a ‘laboratory’. This is a risible characterisation of scientific research in education. It is simply that which uses methodologies and measures that allow useful conclusions to be drawn about the validity of the results.

What has changed in the past decade? There is good news and bad news. The introduction of the National Assessment Program — Literacy and Numeracy in 2008 put a necessary focus on fundamental skills and now provides much-needed data about the progress of students and schools. NAPLAN data shows some improvement, but there are still hundreds of thousands of students who cannot read at more than a basic level.

Recognition of the role of phonics in reading is growing at the policy and school level. The revised Australian curriculum has greater emphasis on phonemic awareness and phonics content while preserving the other important elements of literacy. Many schools around Australia have adopted evidence-based, explicit teaching to great success, especially where it is needed most, such as in far north Queensland.

Yet there is still resistance and misinformation among education academics. A recent article in The Conversation said only 12 per cent of English words could be decoded using simple sound-letter matches, that anyone who didn’t know letter sounds simply could Google them and, therefore, phonics programs were a ‘‘con’’. None of this is true. Research has shown the ­English language has phonetic rules that allow about 84 per cent of words to be decoded. Written English is more complicated than other alphabetic languages and it is for precisely this reason that good phonics programs, developed and tested by language specialists, are so vital.

A phonics book at the supermarket check-out does not meet those criteria.

Nobody claims that phonics alone is sufficient to learn to read. This is the ultimate straw man ­argument in the reading wars. Phonics is one essential part of a comprehensive reading program that includes good literature and the development of literacy in the broader sense, but it must be taught well. It would be a great tragedy if we are still having the same debate in 2025.

Jennifer Buckingham is a research fellow at the Centre for Independent Studies.