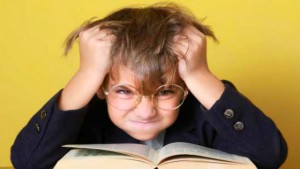 Almost every day, a new evangelist for so-called ’21st Century’ learning makes a heartfelt plea for schools to throw off the shackles of having to teach children to be proficient readers and fluent writers, competent in arithmetic, and knowledgeable about the world they live in.
Instead of the 3 ‘R’s, which is code for old-fashioned and fusty, these visionaries argue schools should focus on the 4 ‘C’s — creativity, critical reflection, collaboration, and communication (what a stroke of luck they all start with the same letter!).
Apart from the obvious observation that the 4Cs came in quite handy prior to the current century, there are a couple of problems with this argument.
Foremost, the 4Cs depend upon the 3Rs. A person cannot think creatively or critically if they don’t know anything to think creatively or critically about. Likewise, a child who cannot read will not easily acquire knowledge and a child who cannot write will struggle to effectively communicate what they know and think. Sadly, there are hundreds of thousands of Australian students who cannot read or write.
Furthermore, it is a serious but common misconception that the 4Cs are generic skills, whereas cognitive science research has shown they are domain specific. That is, thinking critically and creatively about physics is different to thinking critically and creatively about English literature. Sophisticated levels of communication require explicit knowledge of the subject matter in question.
The generic skills misconception derives from the constructivist theory of learning — that children are naturally disposed to seek knowledge and understanding, and only require adults to facilitate their self-guided journey of discovery. This is the ‘learning how to learn’ trope that was invalidated by scientific research not long after Vatican II.
Nonetheless, constructivist theory continues to lead many schools to embrace inquiry-based learning pedagogies, even though there is copious evidence that they are much less effective than other methods for children learning new and difficult concepts and facts, especially when compared to explicit instruction.
And, despite the evidence, new multimillion dollar, architect-designed schools are being built specifically to encourage and accommodate inquiry-based learning pedagogies. (Meanwhile, high performing primary schools are putting the walls back into open classrooms because they know they don’t work.)

It is easy to be seduced by the idea that children only need a wifi-connected tablet computer, a bean bag, and a caring adult nearby to gain all the complex knowledge the best brains in history labored over for centuries. But the reality is that children will always need the 3Rs, and expert teaching — and by extension, expert teachers — are still necessary.