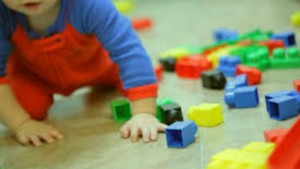 Just as the Education Minister has disabled the landmine that was Labor’s troubled VET fee help scheme, he’s having to deal with the news of rorting on a massive scale in family day care (FDC).

Now, I confess that a bit of a mea culpa is in order. Whenever a government says they can find budget savings (usually to offset larger spending) through cracking down on rort and fraud, my usual response is ‘yeah, right!’ In this case I was utterly wrong, as this reporting on a Canberra man charged with ripping upwards of a million dollars off the taxpayer shows.

It’s too perfect. Labor in government almost immediately got set to work on this brand spanking new set of regulations, the National Quality Framework, to bring state-regulated childcare systems under one federal jurisdiction (when has that ever ended badly). And in the process of micromanaging every experience that children might have in care they forgot something pretty crucial — making sure that subsidies are being paid for kids who are actually being cared for.

State governments are now blaming the federal government for not giving them enough money to handle compliance and accreditation. This is despite the Commonwealth already carrying the can for the increased costs of all this quality regulating, and funding ACECQA  — the body in charge of the quality rating process.

The laws governing the NQF are codified at the state level, with each state and territory having its own separate Act that legislates broadly the same thing. But if the Minister wants to change it, he’ll have to get them all to agree. Which, given the trajectory of other negotiations at the COAG level, is not going to be a painless exercise for him.

Furthermore, it spells trouble for the government’s landmark childcare reforms which, in an effort to reduce the administrative costs, want to provide subsidies to providers rather than parents — even though this is exactly the type of provision that has been taken advantage of.

So can the indefatigable Birmo fix it? As much as I think it is sad for governments to blame their policy problems on governments three years gone, in this case it’s definitely a tough one for the poor Minister. Good luck to him.