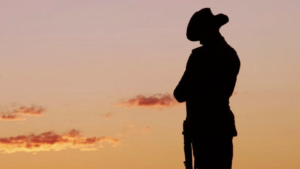 Among the victims of Covid-19 is our habit of annual pilgrimage to Anzac Cove in Turkey. And, tied to our houses, we are denied the annual fullness of local Anzac Day remembrance.

We shed our daily duties … our work and ’to do’ lists, and reflect, with our companions, upon the tradition and its meaning.

But whatever those reasons may be, it is plain that once there, they would be overtaken by an atmosphere of reverence and solemnity and — above all — by fellow-feelings of companionship and patriotism. In that atmosphere, the heart beats and the mind reflects in a surge of emotion.

The Australians of 1914 were predominantly of British descent, political structure and culture. To a significant degree they were dependent upon British protection.