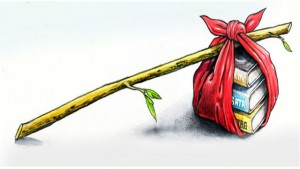 Think-tankers cop a lot of flack. Australian think tanks don’t loom quite as large in the public sphere as they do in other, larger countries — where they are often derided as some combination of the following: denizens of an ivory tower, rebadged corporate lobbyists, demented ideologues, would-be political staffers or, indeed, would-be politicians.

I happen to think that working in a think tank is more of a grounding experience than people give it credit for. Sure, there’s the hobnobbing with media and political figures, the joy of being made to look flawless prior to a television experience, but there’s also the experience of delving into policy that most people don’t see, yet which nevertheless has a profound impact on their lives.

In the three-plus years I’ve been at CIS, I’ve worked on social policy, looking at family payments, youth welfare, childcare, school education and early childhood interventions. Each of these policy areas requires due consideration not just for the budget bottom line, but also for people: the people who receive the payment, or interact with the service, or pay for the taxes that fund all of it.

Working with Dr Jennifer Buckingham on school education has cemented my views that teaching quality is vital to securing better educational outcomes for Australian children. System-level decisions and policies, such as charter schools or school choice, can facilitate better teaching, but it’s just as important – if not more so – in the system we have right here, right now.

So it’s time for the rubber to hit the road. This has been my last week at CIS. Next week I start the intensive training period to become a high school teacher as part of Teach for Australia — a two-year alternative teacher training program that fast-tracks talented graduates and career changers into disadvantaged schools in most Australian states and territories.

Next year I’ll be living my own exhortation from last year and going west, to Horsham, Victoria, population 16,451. If you’re wondering why Victoria, Jennifer had the answer a few months ago.

It’s been a good run, doing one of the best jobs in the world. Farewell, readers!