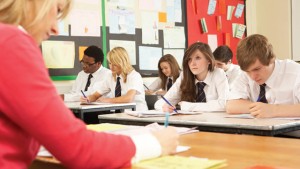 Some weeks more than others, the woolly thinking that leads to poor policy is blindingly obvious. Education policy development is beleaguered by smart and influential people with misguided ideas.

Example 1: The Mitchell Institute released a report finding one in four young people leave school without a qualification, and one in eight is not engaged in further education or work at age 24. They estimate the latter group has $18.8 billion less income over their lifetimes and accumulate $50.5 billion in social costs for each cohort of 24-year-olds.

The report does not offer any suggestions about what might be done to reduce this problem, and that’s absolutely fine. There’s no shame in pointing out a problem without positing the solution. Unfortunately, in launching the report, Victoria University Vice- Chancellor Peter Dawkins ignored this precept, making a colossal leap with the suggestion that schools should spend more time helping students develop life skills rather than placing an ‘excessive’ focus on literacy and numeracy.

NAPLAN test results in 2016 revealed one in four students in Year 9 barely meet the very low national minimum literacy and numeracy standards. Results from the 2015 international PISA tests of 15-year-olds are also damning ― 39 per cent of students were below the national proficient standard in reading and 45 per cent below the national proficient standard in mathematical literacy.
Assuming these figures are accurate, it is no mystery why so many young people ditch school as soon as they can, and then struggle to find stable work.

I am all for giving young people ‘life skills’, but it is difficult to think of any skills more useful for education, employment, and good health than reading, writing, and a good grasp of arithmetic. This is true irrespective of the type of work – even ‘unskilled’ jobs require a functional level of literacy. Just getting a driving license is very difficult if you can’t read; try getting a blue-collar job without one.

Example 2: The latest UNICEF report card put Australia at the bottom of the class for the quality of school education. To my knowledge, I have never been accused of being a Pollyanna about Australian education, and the above statistics bear out my stance. But the UNICEF assessment is dubious at best. The UNICEF index of ‘quality’ is based on a combination of student achievement in the PISA tests and preschool participation rates. On this index, Mexico places equal third in the world with South Korea even though its PISA results are below the OECD average!

Nonetheless, in this case ― yet again ― the prescription to treat Australia’s educational malaise is pure quackery. UNICEF Australia director of policy and advocacy Amy Lamoin says we should look to Scandinavian countries where “There’s a lot of experimentation and discovery in their learning, and shorter school days with more focus on extra-curricular activities.”

While it’s difficult to be certain from one quote, Ms Lamoin seems to be endorsing the discovery or inquiry-based approach to classroom pedagogy. This is the precise opposite of what the evidence from PISA and other research tells us lead to better outcomes for students – that is, rigorous, rich curricula and purposeful, explicit teaching.

Fortunately, this week we also have an example of responsive policy making from the South Australian government. After a number of reading researchers expressed detailed concerns to the Department of Education and Child Development about the design of their trial of the UK Phonics Screening Check – namely, arguing that it should involve students in Year 1 rather than just Reception ― Education Minister Susan Close announced a review of the trial design and implementation. That’s the good news this week. One out of three isn’t bad.

Dr Jennifer Buckingham is a Senior Research Fellow at the Centre for Independent Studies and Director of the ‘FIVE From FIVE’ literacy campaign.