The Quad has emerged as a major new element of the architecture in Indo-Pacific security Yet the unfolding transformation of the relationship between Delhi and Canberra remains poorly understood.

The relationship between Delhi and Canberra has grown rapidly in recent years, underpinned by a convergence of security interests in the new Indo-Pacific geography and complemented by their membership of the revived Quad that includes Japan and the United States. This has helped overcome the traditional estrangement between India and Australia that dates back to the onset of the Cold War when Delhi withdrew from regional security politics in the name of non-alignment.

The ever-bolder assertion of Chinese power — in the South China Sea, on the disputed land border with India, and through the weaponisation of trade — has made it clear that the old framework of US bilateral alliances, and ASEAN-centred multilateralism, were no longer sufficient to secure the regional order. Bringing India into the Asian equation has become vital, with the centrality of India’s role in preventing a new regional hegemony long recognised in Washington.

Asia is not synonymous with China and neither Delhi nor Canberra can be compelled to accept deference to Beijing as the only option in their regional policies. Both have a stake in a multipolar Asia that can only be sustained today with the presence of the US and other Western involvement. At the same time, India brings the necessary material heft and political will to strengthen the broader regional dimension of the Asian balance of power.

The paper is structured in five parts. 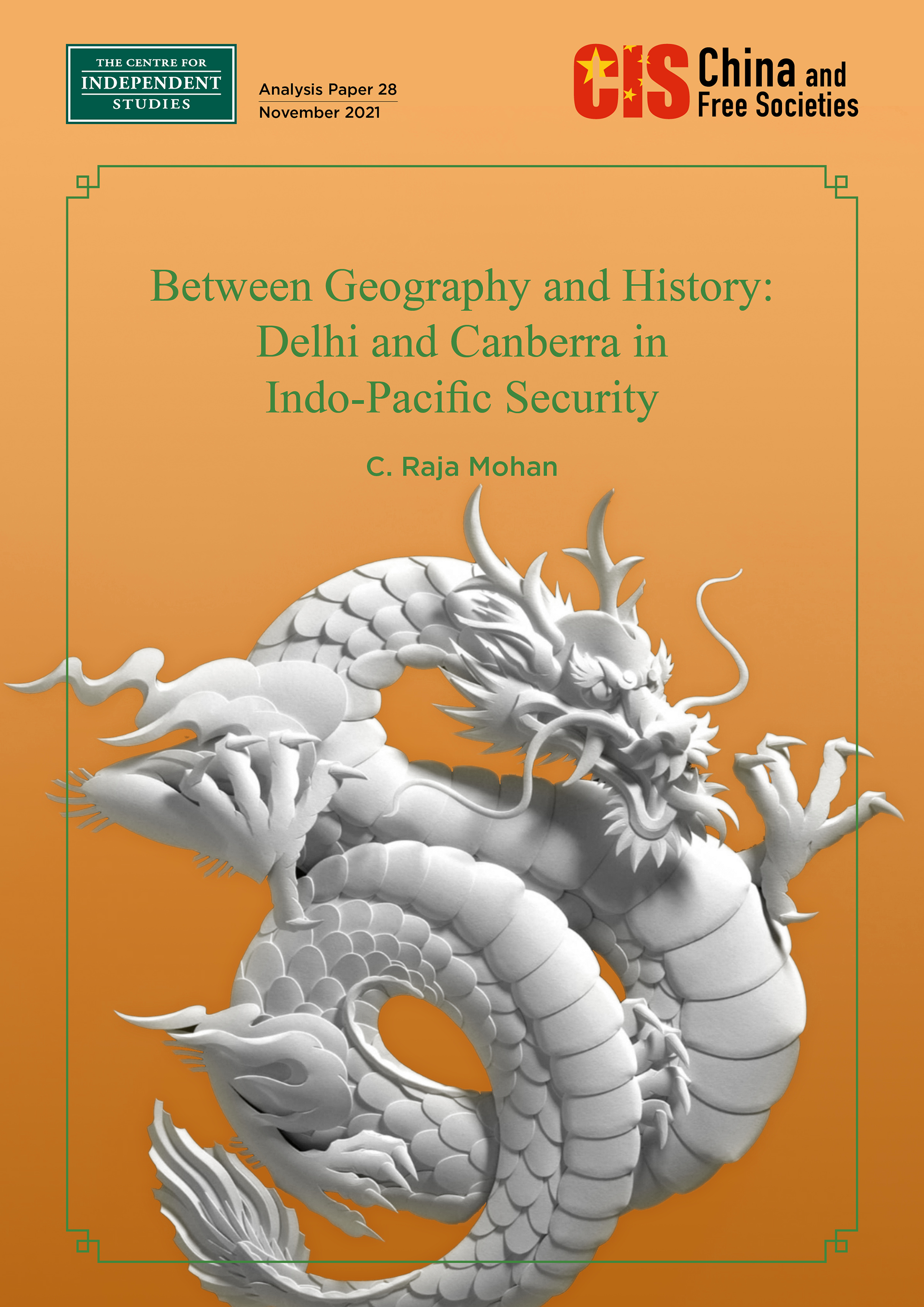