The European Union shows all the signs of worsening economic, social and political decline — from tepid economic growth and chronically high unemployment to social unrest and rising political extremism.

This paper reflects on the idealistic roots of early European integration in the wake of two world wars, before exploring how these worthy intentions have long given way to a bureaucratic cadre steeped in etatist doctrines.

At its heart, the EU is an elite-driven project that rejects the primacy of market economics over social welfare models, compounded by a disdain for democracy. Its relentless quest for top-down uniformity ignores what was once Europe’s guiding principle of governance, subsidiarity, which holds that decisions should be taken as close as possible to the people and communities affected.

Reflections on the European Union: overview

Britain’s departure from the European Union was a potent reminder to the Continent’s complacent elites that the forces of local and nationalist sentiment could not indefinitely be suppressed. It was also a powerful vindication of de Gaulle’s prediction that the UK and the EU would never have been a good fit.

Post-Brexit performance has strongly favoured the newly independent nation. While the UK vaccine rollout produced double the number of vaccinations per day of any European country, and its economy is poised to rebound, the EU slipped back into a double dip recession, with Germany experiencing a vaccine debacle — not surprising when Chancellor Angela Merkel refused to be vaccinated.

The fact that both Merkel and French President Emmanuel Macron invoked the “precautionary principle”, written into the French Constitution since 2005, highlights the Union’s lack of serious leadership. It is unable to assess risk rationally and is too bureaucratically rigid to respond to fast-moving events. As Boris Johnson has said: “Germany vacillates, Britain vaccinates.” Why would a newly liberated and enthusiastically innovative UK want to align itself with the EU’s entrenched political culture of risk aversion?

There is no post-Brexit euphoria in Europe — quite the opposite: a slowly dawning awareness that the Union is on the road to nowhere and “ever closer union” is simply an elitist fantasy.

Despite Merkel’s belated assessment that the Brexit rupture was a wake-up call for an EU which needed to become more globally competitive, the signs have not been promising. Macron remains more interested in ‘fair’ competition, and his insistence that “regulatory convergence” was a condition precedent to an ambitious trade deal with the UK defied the reality of the December 2019 UK election landslide result.

But even more importantly, Germany — headed for its highest inflation rate since the 1990s and a budget deficit even higher than in 2020 — is in no mood for another €1 trillion boost to the EU’s Recovery Fund; without which southern Europe is in grave trouble. Former European Central Bank chief economist Jorgen Stark has already described the Recovery Fund as a power grab by Brussels at the expense of German democracy.

Meanwhile, Greece, Portugal and Italy are barely out of deflation, while Italy is ‘going big’ with the largest fiscal deficit since the creation of the modern Italian state, and a debt-to GDP ratio of an untenable 160% of GDP. The eurozone is once again diverging into opposed blocs at different stages of the economic cycle with different needs that cannot be met by a one-size-fits-all policy.

As leading Australian columnist and polymath Henry Ergas has pointed out: “The epicentre of the crisis of democratic institutions is squarely in Europe.” The European project, so beloved of the elites, with its boundless arrogance and anti-democratic “ever closer union” aspiration, has required national governments to transfer crucial elements of sovereignty to European institutions, while still paying lip service to democracy. There is a redolence of Friedrich Hayek’s exposure of the “fatal conceit” that an individual or group of people could shape the rest of the world.

After 60 years, the EU remains a Franco-German duality, against which the majority of nations and members of the EU parliament are powerless. At its heart, Europe’s problem is its failure to accept the primacy of economics over social welfare models, compounded by its disdain for democracy. Its elites also have a serious attitude problem, almost a Napoleonic superiority complex. Macron is essentially an establishment political arriviste, possessed of extreme hauteur and not interested in political accountability, preferring a top-down centralised state and a planned economy model, despite its disastrous history.

ALSO READ: Australia, the United States and China in a post-Covid world 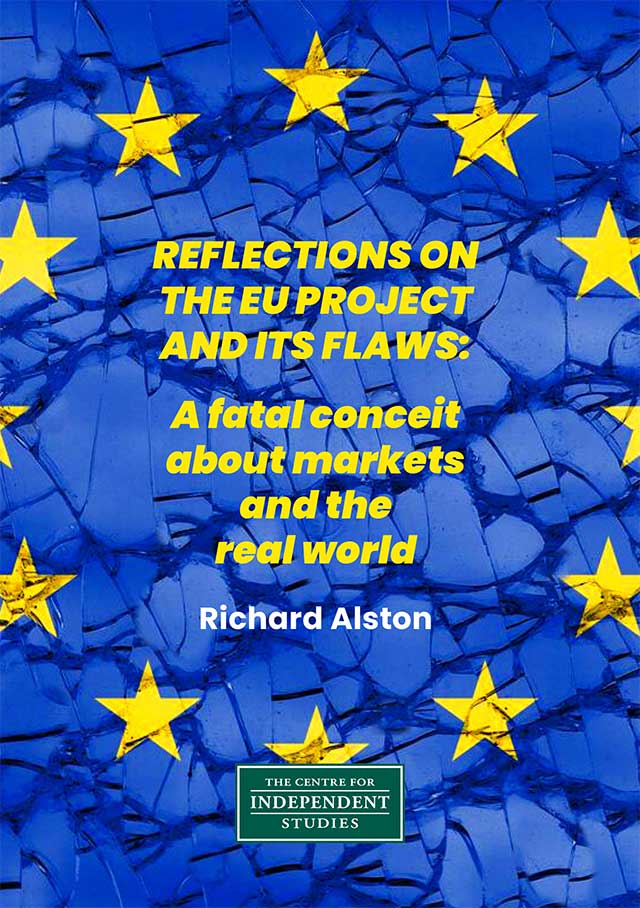